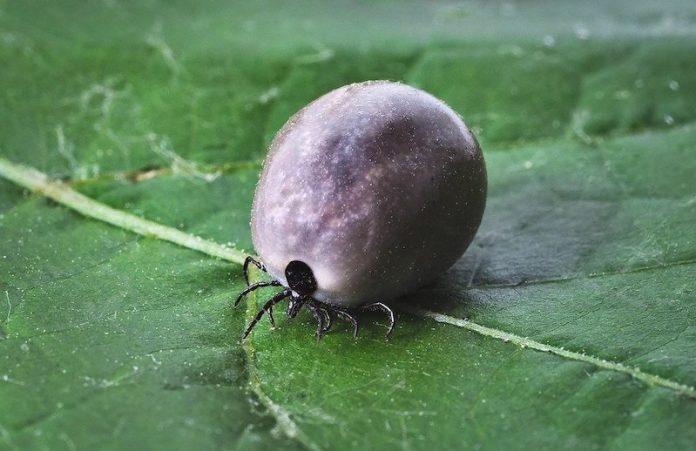 In a new study from Yale University, researchers have developed a novel vaccine that offers protection against infection in Lyme disease and may also combat other tick-borne

Instead of triggering an immune response against a particular pathogen, the new vaccine prompts a quick response in the skin to components of tick saliva, limiting the time ticks have to feed and infect the host.

The vaccine is delivered by the same mRNA technology that has proven so effective against COVID-19.

In the United States, at least 40,000 cases of Lyme disease are reported annually but the actual numbers of infections could be 10 times greater, researchers said. In addition, other tick-borne diseases have also spread in many areas of the U.S.

The saliva of the black-legged tick Ixodes scapularis (I. scapularis), which transmits the Lyme disease pathogen Borrelia burgdorferi (B. burgdorferi) contains many proteins, and the investigators have focused on 19 separate proteins.

The researchers used bits of mRNA that produce all 19 of the saliva proteins as the basis of a vaccine, the same strategy used in vaccines that effectively combat the SARS-Cov-2 virus.

They tested the vaccine on guinea pigs, which can be infected with the Lyme disease agent and have also been used as a model to study tick resistance.

None of the immunized animals developed Lyme disease if ticks were removed when redness developed. In contrast, about half of the control group became infected with B. burgdorferi after tick removal.

When a single infected tick was attached to immunized guinea pigs and not removed, none of vaccinated animals were infected compared to 60 percent of control animals.

However, protection waned in immunized guinea pigs if three ticks remained attached to the animal. Ticks in immunized animals were unable to feed aggressively and dislodged more quickly than those on guinea pigs in the control group.

With the vaccine, there is redness and likely an itch so you can recognize that you have been bitten and can pull the tick off quickly before it has the ability to transmit B. burgdorferi.

Ultimately, human trials would need to be conducted to assess its efficacy in people.

The study is published in Science Translational Medicine. One author of the study is Erol Fikrig.