Knowridge Science Report
Home Heart Health For smokers, this may be the first sign of heart disease 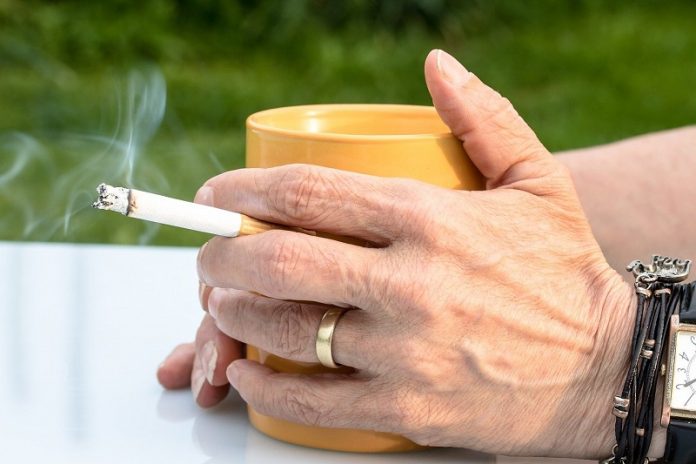 It’s long been known that smoking greatly raises the risk for heart disease and stroke.

But in a new study, researchers found the first sign a smoker is developing cardiovascular problems also may be the last.

They found smokers were more likely than non-smokers to have a heart attack or stroke in middle age with no prior indication they had a cardiovascular disease – sometimes with fatal consequences.

Smokers also developed cardiovascular disease up to five years earlier than nonsmokers, which led to a significantly shorter lifespan, the research showed.

More than 34 million U.S. adults smoke cigarettes, despite decades of research showing smoking takes years off a person’s life by greatly raising the risk for a wide range of illnesses, including heart disease, stroke, and many cancers.

In the study, the team analyzed health data from 1948 to 2017 for 106,165 adults from nine studies of cardiovascular disease.

Participants – half men and half women – ranged in age from 20 to 79 and had no signs of cardiovascular disease at the beginning of the study period.

Researchers found among smokers of all ages, heart attacks were the most common first sign of heart disease. Among middle-aged and older adults who smoked, heart failure was second.

In younger adults who smoked, stroke was the second most common indication of cardiovascular disease.

The biggest gaps between smokers’ and nonsmokers’ risk for cardiovascular disease – especially of dying from a first-time event – occurred in middle age.

Men and women ages 40-59 who smoked had about a 10% higher risk of developing some type of cardiovascular disease than those who didn’t smoke.

Among younger adults – those under 40 – researchers found the risk for developing cardiovascular disease began increasing earlier in men who smoked than in women.

For those men, that risk began to grow after 10 years of follow-up, compared to 20 years into follow-up for women.

The findings show the cumulative harm smoking does to a person’s heart health over a lifetime – kick-starting the development of cardiovascular disease at an earlier age, adding increased risk for fatal events in middle age, and persisting into a person’s 80s, the researchers said.

They recommended all people who smoke speak with a health care provider to find the best way to quit to protect their health.

If you care about heart disease, please read studies about this simple exercise may help prevent heart diseases and diabetes and findings of eating this food could cause excessive belly fat and heart fat.

For more information about heart health, please see recent studies about this vaccine could protect heart health in people with diabetes and results showing that dholesterol-lowering drug could improve heart artery function.

The study is published in the Journal of the American Heart Association. One author of the study is Dr. Sadiya S. Khan.