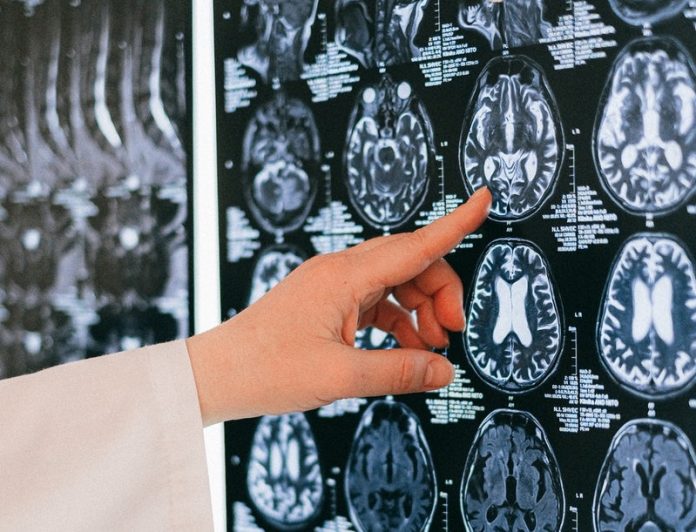 In a recent study published in Nature Communications, researchers found that beige fat can protect the brain from dementia.

It can bring down the inflammation linked to the more common white fat.

The study is from Augusta University. One author is Dr. Alexis M. Stranahan.

Pear-shaped people have weight generally distributed more evenly. This is different from “apple shaped” people whose fat clustered around their middle and often around internal organs like the liver in the abdominal cavity.

Pear-shaped people are considered less at risk for cardio-metabolic problems like heart disease and diabetes, as well as cognitive decline.

In the study, the team found that beige fat cells, or adipocytes, are “indispensable” to the anti-inflammatory effects of subcutaneous fat.

In fact without beige adipocytes, in the face of a high-fat diet, they saw subcutaneous fat start acting more like dangerous visceral fat, causing inflammation in the brain, which ultimately damages cognition.

Visceral fat around the organs is mostly white fat cells, which store energy as triglycerides, which are yet another fat type found in the blood, and a risk factor for heart disease and stroke at high levels.

Particularly in younger people, subcutaneous fat is a mixture of white and beige fat cells, and these beige cells are more like brown fat cells. Exercise and cold exposure are said to enable the so-called “beiging” of white fat cells.

Their brains and bodies indicated a strong, rapid inflammatory response to the high-fat diet that included activation of microglial cells, those resident immune cells in the brain, which can further heighten inflammation and contribute to dementia and other brain problems.

In adults, brown fat is primarily located between the shoulder blades and in the upper chest.

Evidence suggests we can increase brown and beige fat cells by exposing ourselves to cooler to cold temperatures for several hours daily and through intense exercise.

If you care about dementia, please read studies about this common tooth disease may increase risks of dementia and findings of why people with type 2 diabetes develop dementia.

For more information about dementia and your health, please see recent studies about is it normal aging or early signs of dementia? and results showing that how unhealthy blood pressure increases your dementia risk.