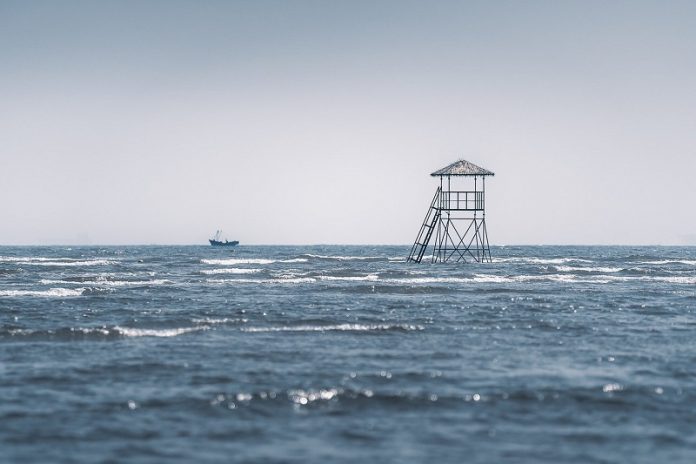 The rate of sea level rise in the 20th century along much of the U.S. Atlantic coast was the fastest in 2,000 years, and southern New Jersey had the fastest rates, according to a Rutgers University-led study funded by the U.S. National Science Foundation.

The global rise in sea level from melting ice and warming oceans from 1900 to 2000 led to a rate that’s more than twice the average for the years 0 to 1800, according to a study in the journal Nature Communications.

Using a sea level budget, the research looked at the phenomena that contributed to sea level rise over 2,000 years at several sites along the coast in Connecticut, New York City, New Jersey and North Carolina.

A budget enhances understanding of the processes driving sea level change. The processes are global, regional (including geological, such as land subsidence, or sinking) and local (such as groundwater withdrawal).

“Having a thorough understanding of sea level change at sites over the long-term is imperative for regional and local planning,” said lead author Jennifer Walker.

“By learning how different processes vary over time and contribute to sea level change, we can more accurately estimate future contributions at specific sites.”

Sea level rise stemming from climate change threatens to permanently inundate low-lying islands, cities and lands. It also heightens their vulnerability to flooding and damage from coastal and other storms.

The goal was to better understand how the processes driving sea level have changed and could shape the future. The sea level budget method could also be applied to other sites around the world.

They found that regional land subsidence — sinking of the land since the Laurentide ice sheet retreated thousands of years ago — dominates each site’s budget over the last 2,000 years.

“This research provides important information needed to understand and mitigate some of the impacts of climate change on our coastal environment,” said Steve Hovan, a program director in NSF’s Division of Ocean Sciences.