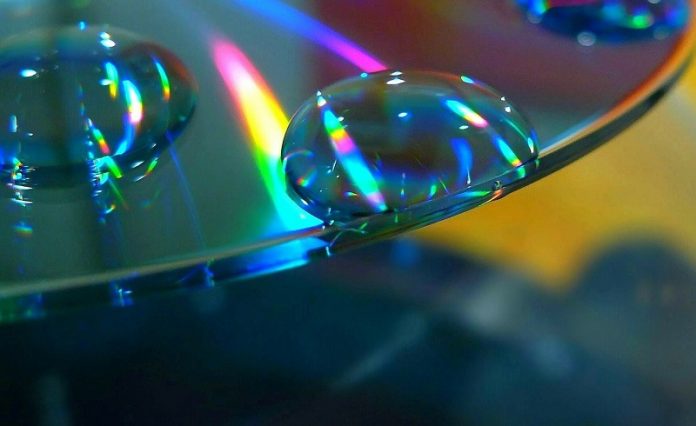 They are confident the advancement will help with the explosion of remote data storage during and after the COVID-19 pandemic.

Morse code has been around since the 1830s.

The familiar dots and dashes system may seem antiquated given the amount of information needed to be acquired, digitally archived and rapidly accessed every day.

But those same basic dots and dashes are still used in many optical media to aid in storage.

A new technology developed at Purdue is aimed at modernizing the optical digital storage technology.

This advancement allows for more data to be stored and for that data to be read at a quicker rate. The research is published in Laser & Photonics Reviews.

Rather than using the traditional dots and dashes as commonly used in these technologies, the Purdue innovators encode information in the angular position of tiny antennas, allowing them to store more data per unit area.

“The storage capacity greatly increases because it is only defined by the resolution of the sensor by which you can determine the angular positions of antennas,” said Alexander Kildishev, an associate professor of electrical and computer engineering in Purdue’s College of Engineering.

“We map the antenna angles into colors, and the colors are decoded.”

Technology has aided in increasing storage space availability in optical digital storage technologies. Not all optical data storage media needs to be laser-writable or rewritable.

The majority of CDs, DVDs, and Blu-Ray discs are “stamped” and not recordable at all. This class of optical media is an essential part of disposable cold storage with a rapid access rate, long-lasting shelf life, and excellent archival capabilities.

The making of a Blu-Ray disc is based on the pressing process, where the silicon stamper replicates the same dot-and-dashes format the final disc is getting. A thin nickel coating is then added to get a negative stamp.

The Blu-Rays, as well as DVDs and CDs, are just mass-produced.

“Our metasurface-based ‘optical storage’ is just like that,” said Di Wang, a former Ph.D. student who fabricated the prototype structure. “Whereas in our demo prototype, the information is ‘burnt in’ by electron-beam lithography, it could be replicated by a more scalable manufacturing process in the final product.”

This new development not only allows for more information to be stored but also increases the readout rate.

“You can put four sensors nearby, and each sensor would read its own polarization of light,” Kildishev said. “This helps increase the speed of readout of information compared to the use of a single sensor with dots and dashes.”

Future applications for this technology include security tagging and cryptography. To continue developing these capabilities, the team is looking to partner with interested parties in the industry.