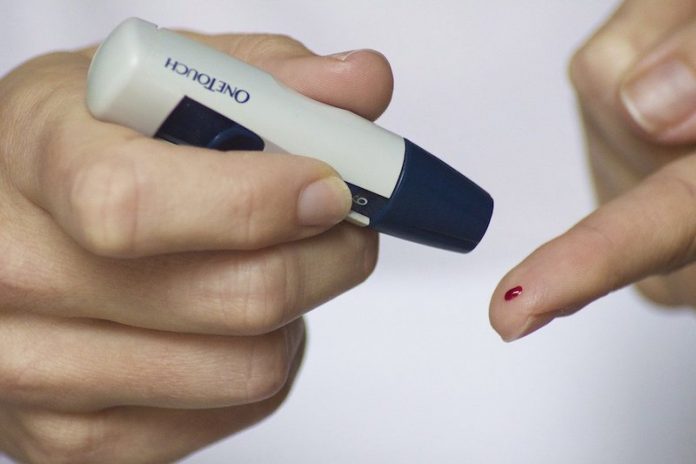 In a new study, researchers found that a few organisms in the gut microbiome play a key role in type 2 diabetes.

The finding opens the door to possible probiotic treatments for a serious metabolic disease affecting roughly one in 10 Americans.

The research was conducted by a team at Oregon State University.

Formerly known as adult-onset diabetes, type 2 diabetes is a chronic condition affecting the way the body metabolizes glucose, a sugar that’s a key source of energy.

For some patients, that means their body resists the effects of insulin—the hormone produced by the pancreas that opens the door for sugar to enter cells.

In either case, sugar builds up in the bloodstream and if left untreated the effect is impairment to many major organs, sometimes to disabling or life-threatening degrees.

A key risk factor for type 2 diabetes is being overweight, often a result of a western diet in combination with low physical activity.

The so-called ‘western diet’ – high in saturated fats and refined sugars—is one of the primary factors. But gut bacteria have an important role to play in modulating the effects of diet.

Dysbiosis, or imbalance in the microbiome, is commonly linked to detrimental effects on a person’s health.

In the study, the team suggests that individual members of the microbial community, altered by diet, might have a significant impact on the host.

They examined host-microbe interactions under a western diet.

The first two microbes are considered potential ‘improvers’ to glucose metabolism, the other two potential ‘worseners,’.

The overall indication is that individual types of microbes and/or their interactions, and not community-level dysbiosis, are key players in type 2 diabetes.

The scientists also found correlations between human body mass index and abundance of the four bacteria—more of the improvers meant a better body mass index, more of the worseners was connected to a less healthy BMI.

The team says the findings reveal potential probiotic strains for the treatment of type 2 diabetes and obesity.

That means an opportunity to develop targeted therapies rather than attempting to restore ‘healthy’ microbiota in general.

One author of the study is Andrey Morgun, an associate professor of pharmaceutical sciences at the OSU College of Pharmacy.