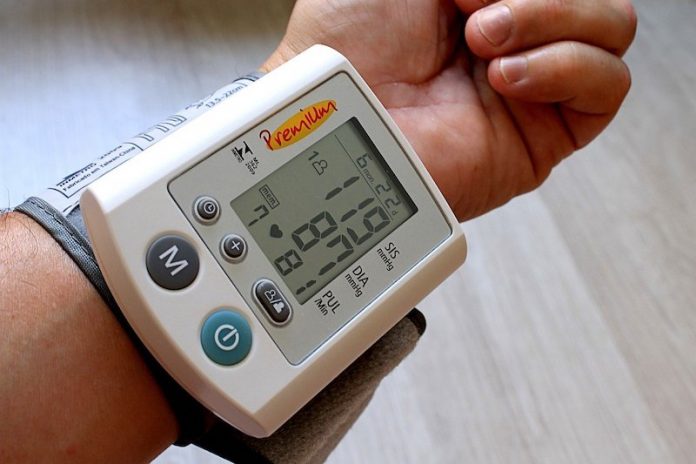 In a new study, researchers found that commonly prescribed drugs used to lower blood pressure can actually have the opposite effect — raising blood pressure in many patients.

The finding suggests that doctors could avoid this problem — and select drugs most suitable for their patients — by measuring blood levels of the enzyme renin through a blood test that is becoming more widely available.

The research was conducted by a team at Albert Einstein College of Medicine of Yeshiva University.

The study tested 945 patients who were enrolled in a workplace antihypertensive treatment program in New York City from 1981 to 1998.

All had systolic blood pressure (SBP) of at least 140 mmHg. SBP, the top number in the blood pressure reading, represents the amount of force that blood exerts on the walls of blood vessels when the heart contracts.

No patients were receiving treatment for high blood pressure before enrolling in the study.

The patients were given a single antihypertensive medication, either a diuretic or a calcium channel blocker (so-called “V” drugs, which lower blood volume) or a beta blocker or an ACE inhibitor (“R” drugs, which lower levels of renin, an enzyme secreted by the kidneys that play a key role in maintaining blood pressure).

Plasma renin activity (PRA) and SBP were measured at enrollment, and SBP was measured again after one to three months of treatment.

The renin level predicted those patients who were most likely to have a favorable response with either an R or a V drug.

In addition, for both R and V drugs, the renin test was able to identify those patients most likely to experience a “pressor response” — a clinically significant increase in SBP of 10 mmHg or more.

Overall, 7.7% of the patients exhibited a pressor response. The highest percentage of pressor responses — 16% — occurred in patients with low renin levels who were given a beta blocker or an ACE inhibitor (R drugs).

The team says every clinician knows that there’s a variation in response to antihypertensive treatment and that some patients will have an elevation in blood pressure.

The latter phenomenon is generally attributed to patients’ failure to take their medications or to a random event.

But the current data show that it’s not a random event — it’s due to a mismatch between the patients’ renin status and the drug.

They think it makes sense to use renin to predict the most appropriate treatment.

One author of the study is Michael Alderman, M.D., a professor of epidemiology & population health and of medicine at Einstein.

The study is published in the American Journal of Hypertension.

She had a baby. Then emergency heart surgery. And a stroke. Then, a new...

Half of U.S. parents may not vaccinate their youngest child against COVID-19