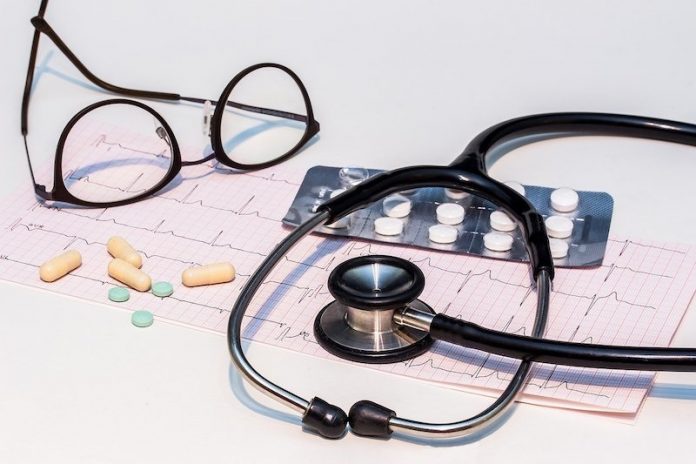 The research was conducted by a team at the University of Leeds.

Having rheumatoid arthritis (RA) is known to at least double the chances of developing cardiovascular disease (CVD) — one of the main causes of death and disability in the UK — because of links to atherosclerosis (a build-up of plaque inside the arteries), heart failure and strokes.

The study has for the first time linked treatment of RA with improvements in vascular stiffness — an indicator of CVD.

In the study, the team set out to explore possible connections between the very earliest signs of RA and indicators of CVD.

At the start of the study, detailed MRI heart scans were given to 82 patients with no known heart issues.

The scans showed the presence of increased vascular stiffness in the aorta, which is a gradual loss of elasticity in the large arteries, compared to healthy people.

There was also evidence of cardiac scarring and changes in the wall of the left ventricle (the heart’s main pumping chamber), suggesting heart abnormalities had started before the RA diagnosis.

The research shows that even at the earliest stages of rheumatoid arthritis, there is increased vascular stiffness in people with no or minimal traditional CVD risk factors such as hypertension, high cholesterol, or smoking.

After their initial scans, the 82 patients were given one of two RA drug courses. After a year of treatment, further scans were then carried out on 71 of the patients.

The scans revealed that the vascular stiffness of the aorta (the main artery) had improved during the RA therapy.

The rheumatoid arthritis treatment improved vascular stiffness, regardless of how the patient responded to the RA medication.

The findings suggest that in addition to suppressing inflammation, RA treatments may influence CVD risk through other means, possibly through changes to the metabolic profile and direct effect on the processes of the heart and vascular disease.

The research highlights the importance of commencing treatment of RA early in order to also lessen the risk of developing CVD.

Although incurable, early diagnosis and treatment with DMARDs (disease-modifying antirheumatic drugs) can effectively control the condition, which is more likely to occur in women, smokers, and those with a family history of the illness.

The inflammation of RA is also considered to contribute to increased CVD risk, although disturbances in lipid and glucose metabolism may also play a role.

One author of the study is Sven Plein, Professor of Cardiology.

The study is published in the Annals of the Rheumatic Diseases.