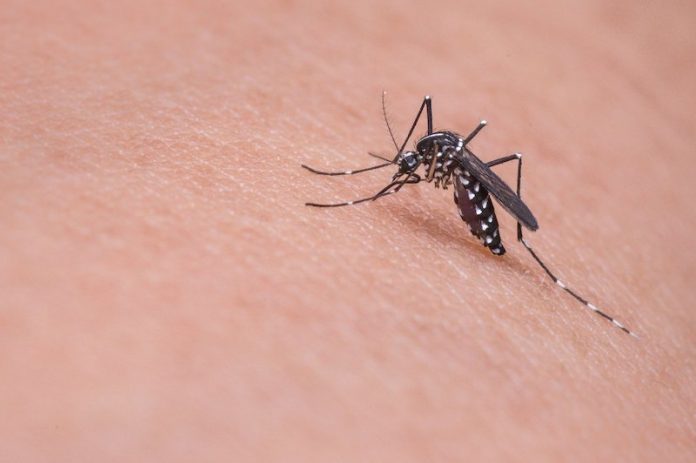 In a new study, researchers found a deadly combination of two mosquito-borne viruses may be a trigger for stroke.

The research was conducted by a team at the University of Liverpool and elsewhere.

The team has been investigating the link between neurological disease and infection with the viruses Zika and chikungunya.

These viruses, which mostly circulate in the tropics, cause large outbreaks of rash and fever in places like Brazil and India.

Zika is widely known to cause brain damage in babies following infection in pregnancy, but the new research shows it can also cause nervous system disease in adults.

The study of 201 adults with neurological disease, treated in Brazil during the 2015 Zika and 2016 chikungunya epidemics, is the largest of its kind to describe the neurological features of infection for several arboviruses circulating at the same time.

The new research shows that each virus can cause a range of neurological problems.

Zika was especially likely to cause Guillain-Barre syndrome, in which the nerves in the arms and legs are damaged.

Chikungunya was more likely to cause inflammation and swelling in the brain (encephalitis) and spinal cord (myelitis).

However, stroke, which could be caused by either virus alone, was more likely to occur in patients infected with the two viruses together.

A stroke occurs when one of the arteries supplying blood to the brain becomes blocked.

The risk of stroke is known to be increased after some types of viral infection, like the varicella-zoster virus, which causes chickenpox and shingles, and HIV.

Stroke is also being recognized increasingly as a complication of COVID-19.

This has important implications for the investigation and management of patients with a viral infection, as well as for understanding the mechanisms of disease.

One author of the study is Dr. Maria Lúcia Brito Ferreira.

The study is published in The Lancet Neurology.