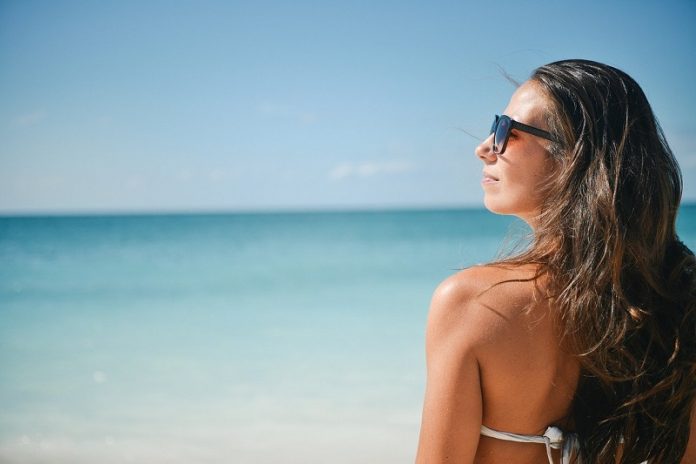 Increased light exposure can have positive and negative effects on your health — depending on the time of day.

In the age of working from home due to COVID-19, many of us may be spending significantly more time inside looking at bright screens.

As we attend online meetings and scroll through social media, we are exposed to more artificial light than our bodies are accustomed to.

Doctors have been investigating the relationship between light and human health, and our growing artificial light exposure may only be making the impact stronger.

In a recent presentation, Helen Burgess, Ph.D., professor of psychiatry at Michigan Medicine, shared context about the relationship between light exposure and human health, along with recent research on light treatment.

Burgess is an expert on the circadian effects light has on the human body, with years of research experience on sleep and its relation to light.

She discusses how it affects our body’s central circadian clock and the natural ‘circadian rhythm’ process that follows a daily cycle and typically responds to environmental light.

“We know, on average, in humans, that the endogenous period, or the time it takes for the central clock to complete one cycle, is slightly greater than 24 hours,” Burgess explains.

As a result of this additional time, studies have shown that people’s internal clocks often have the tendency to drift later in the day if they aren’t exposed to normal cues to tell them what time it is.

To correct this, Burgess says we need to “phase advance,” or wake up earlier than our bodies might do naturally without any outside cues, in order to stay in sync with the Earth’s 24-hour day.

This is where light, the circadian clock’s strongest environmental cue, plays a role. Burgess says that for majority of people, morning light has a strong effect.

“We have reduced sensitivity to light in the middle of the day… and we’re much more sensitive to light around the time of our usual sleep,” Burgess explains.

“For many of us that need to shift earlier, morning light is actually the most important light that we are receiving during the day.

On the other hand, evening light, the light before bed and during the sleep episode, will phase delay you. This is going to exacerbate that natural tendency to shift later that many of us have.”

This evening light can be extremely prevalent in the age of COVID-19, as many people may tend to stay home in the evenings and consume entertainment through brightly lit screens.

Although tempting to work on your computer or watch television, it may be best to cut back on screen time, since studies have shown that evening light from electronic devices is linked to lower sleep quality and diminished health.

Evening light has been found to suppress melatonin, which Burgess says may become a health issue over time.

“We know that lower levels of melatonin at baseline are predictive of developing various diseases over several years,” she explains, which may include breast cancer, hypertension and type 2 diabetes.

On the other hand, morning light treatment can do wonders for depression, mood and overall health, Burgess says.

This form of treatment typically has less side effects than medications and may be tied to increased levels of serotonin in the brain, which can have the effect of regulating mood and happiness.

With this new information related to the crucial timing of light, Burgess has advice for people looking to counteract increased artificial evening light and maintain wellness in the age of COVID-19 and beyond.

“We encourage people to try to maintain a regular set sleep schedule, not just using a wake time alarm but setting an alarm for half an hour before you should go to bed in order to ensure you’re receiving at least seven to eight hours of sleep,” she says.

She also recommends getting more natural light during the day and minimizing artificial light exposure after sunset. Implementing these suggestions may help to improve wellbeing, not only during the pandemic, but in the long term as well.