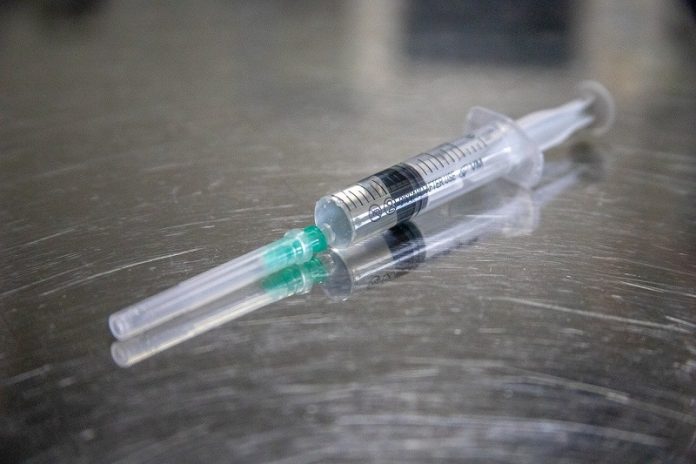 In a new study, researchers found that despite having a COVID-19 vaccine will be critical to the nation’s ability to safely return to some form of normalcy, only 57% of Americans say they would get a COVID-19 vaccine if it were available today.

Fully one-quarter of respondents said they didn’t know if they would get the vaccine, possibly indicating the need for more public health education and information.

The research was conducted by Tufts University’s Research Group on Equity in Health, Wealth, and Civic Engagement.

There has been growing resistance to all vaccines in the U.S. over the past decade, which has led to reduced compliance with vaccine recommendations and the re-emergence of diseases like measles and mumps, which were previously well-controlled.

Growing anti-vaccination sentiment has been fueled by misinformation about vaccines, including the widely debunked theory that vaccines could cause autism.

The team says it’s really concerning that only 57% of our respondents said they would get vaccinated.

It’s evident that researchers need to begin working on a national vaccine strategy and education campaign right now—even before we have the vaccine in hand.

There is still some uncertainty, but some studies show that the country needs between 60 and 70% of the population to be vaccinated in order to confer herd immunity.

The study also found big differences of opinion toward vaccination across racial groups, with 58% of non-Hispanic whites and Hispanics reporting they would get the vaccine as compared with 48% of non-Hispanic Blacks.

The pandemic has disproportionately affected Black individuals. The lower level of vaccine acceptance within this population is worrisome, as it suggests the vaccine could further exacerbate COVID-19 racial/ethnic disparities.

Given the legacy of medical experimentation on African Americans, there is understandable mistrust in medical science and in government.

The accelerated time-frame for vaccine development and testing could further raise concerns about the safety and efficacy of an eventual vaccine.

Targeted efforts will be needed to make sure that a vaccine doesn’t further widen the gap in health outcomes.

Surprisingly, those with higher levels of income and education were more likely to report that they would get the COVID-19 vaccine.

Sharp polarization by political party affiliation also emerged in the responses. Willingness to be vaccinated was highest among Democrats (71%) compared with Independents (61%) and Republicans (47%).

The team says the U.S. population has been overwhelmed with COVID-19 information and stress, as well as massive changes to their day-to-day lives.

When and if a vaccine becomes available, and has been thoroughly tested in human populations, it will be necessary to also develop a massive public health communication campaign to provide community members with the information they need to make an informed decision to protect themselves and to protect their families and local communities.

One author of the study is Jennifer Allen, a professor of community health.

The study findings are here.