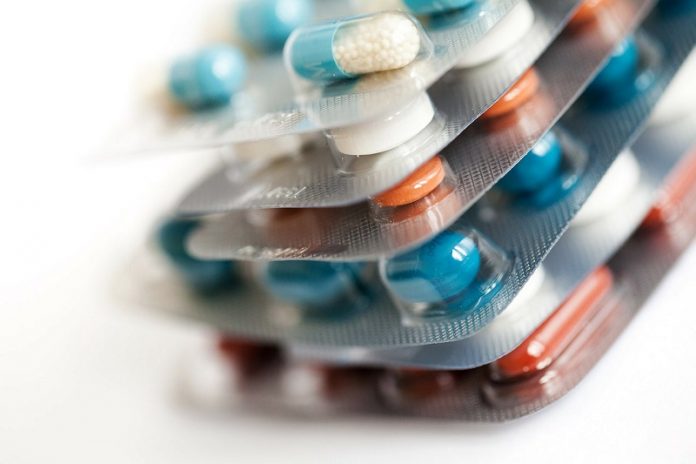 If you’ve ever been diagnosed with high cholesterol, also known as hyperlipidemia, your doctor has probably prescribed a statin.

And while statins have been the go-to drug for managing cholesterol for nearly 25 years, there’s a new weapon in the fight.

Recent studies suggest that adding a new class of medications — either a PCSK9 inhibitor or pure EPA fish oil — to statins may help reduce cholesterol faster and by greater levels than taking a statin alone.

Equally important is their success in reducing the number of cardiovascular events such as heart attack and stroke in at-risk patients, says cardiovascular medicine and lipid specialist Robert D. Brook, M.D., of the Michigan Medicine Frankel Cardiovascular Center.

These new medications represent “significant advancements in the world of hyperlipidemia,” he says.

What causes high cholesterol and why is it harmful?

People with high cholesterol or triglycerides have abnormally high levels of fats in their blood. Cholesterol is produced in the liver and is used by cells throughout the body.

It’s found in fatty foods such as eggs, red meat and cheese. Triglycerides (blood fat) are the result of extra calories stored in the body when not used for energy.

They’re produced by the liver but also come from some foods including red meat, dairy, refined carbohydrates or sugars and alcohol.

Low-density lipoprotein is known as the “bad” cholesterol because it can result in a buildup of plaque known as atherosclerosis, which leads to blockages in your blood vessels and increases your risk for heart disease or stroke.

In general, LDL below 100 milligrams/deciliter is considered good. However, recent studies show that LDL levels below 30-50 mg/dL are even more effective in preventing heart disease.

Triglyceride levels less than 150 mg/dL are considered good, although less than 100 is ideal.

PCSK9 inhibitors work to lower cholesterol in patients who’ve been diagnosed with coronary artery disease, have a genetic propensity for high cholesterol or are at high risk for heart attack or stroke.

PCSK9 inhibitors may also be effective alone for certain patients who can’t tolerate a statin or can’t achieve goal cholesterol levels while on other cholesterol-lowering medications.

“This new class of drugs successfully lowers LDL by 50 to 70% when taken alone or in combination with a statin,” says Brook, citing a study in the New England Journal of Medicine that shows PCSK9 inhibitors can actually prevent heart attacks and strokes.

“This benefit was shown even in patients taking statins who had LDL levels below 100 mg/dL who were previously thought to be well controlled,” says Brook.

These PCSK9 inhibitors target PCSK9 proteins in the liver that destroy the liver’s receptors responsible for removing excess cholesterol from the blood.

Because these proteins are destroyed, more receptors are then able to do their job, successfully lowering the amount of LDL cholesterol in the blood.

The PCSK9 inhibitor is injected in the skin of the abdomen or upper thigh every two to four weeks. Despite promising results, a major drawback for many patients is the cost.

“They’re much more expensive than other cholesterol-lowering drugs like statins,” says Brook, noting the current cost is approximately $4,500 per year.

“If the medication is approved for the patient by their insurance company, patients will typically only pay a usual co-pay amount.”

However, because of the high costs, use of PCSK9 inhibitors has been restricted to certain high-risk patients.

“Brook predicts that over the next few years, additional medications and competition will lead to reductions in cost. “This will give more patients access to these important medications to prevent heart disease and strokes,” he says.

For other patients with heart disease, a new study showed that supplementing a statin with pure EPA fish oil is beneficial in lowering fats in the blood, thus reducing the risk of cardiovascular events.

“There are profound implications for this,” says Brook, noting that in one study, adding four grams of pure EPA fish oil to a statin cut the risk of heart attack and stroke by 25% in people with high levels of blood fat.

Known as Vascepa, the medication is derived from omega-3 fish oil. It is the first of its kind to be approved by the FDA to help lower the risk of cardiovascular events in patients with high blood fat who are already on statin therapy.

While EPA and DHA fish oils have long been shown to effectively lower blood fat by approximately 30%, a recent study suggests that four grams of pure EPA fish oil (without DHA) can also reduce cardiovascular events.

“Although further studies are needed, this could prove to be a treatment that will benefit tens of millions of people,” he says.

The retail cost of Vascepa is approximately $300 a month, but it is expected to be covered by insurance plans.

Despite the availability of over-the-counter pure EPA fish oil, Brook says the jury is still out regarding its effectiveness.

“Over-the-counter brands aren’t regulated by the FDA, so there’s no way to tell how pure the oil is.”

Most over-the-counter fish oils contain a combination of EPA+DHA and therefore should not be considered equal to pure EPA for potentially reducing cardiovascular events.

“These new findings are opening up a whole new area in the treatment of hyperlipidemia to lower cardiovascular risk,” says Brook. “We expect to see a lot of drugs in this area coming out in the next few years.”