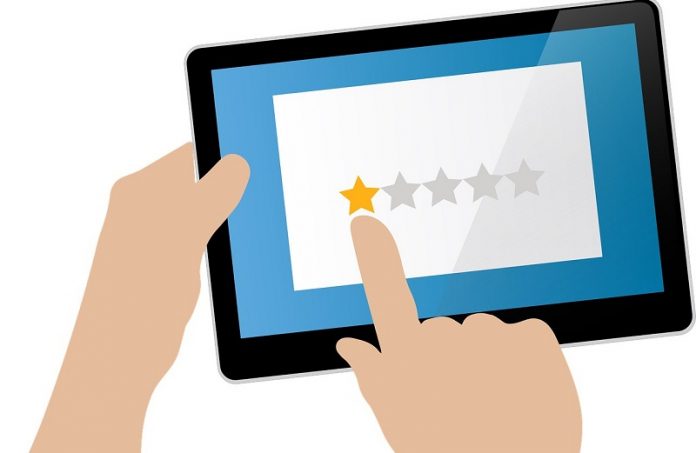 A new study shows that early online restaurant reviews can affect how many reviews — and how high of a rating — restaurants receive overall.

Just a few negative online restaurant reviews can determine early on how many reviews a restaurant receives long-term, a new study has found.

The study, published in the journal Papers in Applied Geography, also found that a neighborhood’s median household income affected whether restaurants were rated at all.

“These online platforms advertise themselves as being unbiased, but we found that that is not the case,” said Yasuyuki Motoyama, lead author of the paper and an assistant professor of city and regional planning at The Ohio State University.

“The way these platforms work, popular restaurants get even more popular, and restaurants with some initial low ratings can stagnate.”

The study evaluated reviews in Franklin County, Ohio, from the websites Yelp and Tripadvisor of about 3,000 restaurants per website. Franklin County, home to Columbus and Ohio State, is also home to the headquarters of more than 20 restaurant chains.

Previous research has found that the food industry considers consumer preferences in the area to be a litmus test for the broader U.S. market.

The researchers collected reviews for restaurants published in May 2019, then analyzed those reviews by rating and geographic location.

The study found that restaurants with a smaller number of reviews on sites like Yelp and TripAdvisor had higher likelihood of a low rating.

“The more reviews a restaurant received, the higher the average rating of the restaurant,” said Kareem Usher, co-author of the paper and an assistant professor of city and regional planning at Ohio State.

“But this has implications: If one of the first reviews a restaurant receives comes from a dissatisfied customer, and people check that later and think ‘I don’t want to go there’ based on that one review, then there will be fewer reviews of that restaurant.”

The opposite is true for restaurants that receive positive reviews or a large number of reviews: More people are likely to review those restaurants, improving the likelihood that a restaurant’s average rating will be higher.

The study found that 17.6 percent of restaurants with only one to four reviews received a low rating on Yelp.

Researchers also found that restaurants in several of the poorest neighborhoods in Franklin County tend not to be rated on the sites. However, the researchers did not find a direct link between a neighborhood’s socioeconomics or racial makeup and the average rating of the restaurants there.

Motoyama cautioned that the study had some limits: It was conducted in one county, and future work could expand to include other areas around the country.

The high level multivariate analysis could only use the Yelp data, as the majority of key information in Tripadvisor was missing. The researchers also did not analyze the content of the reviews, which could offer additional clues about bias.

But, he said, the study does indicate that online review sites can have significant effects on a restaurant’s success or failure – and suggests that, perhaps, the sites can set up policies that might be more fair.

“Maybe these online platforms can withhold reviews until a restaurant gets a certain number of reviews – say, 10 or more,” he said. “That way if there are two or three customers who are very dissatisfied with a particular experience, they are not directing the restaurant’s success or failure.”

Why COVID-19 can spread quickly in people’s lungs

Link between autism and eating disorders may be due to an inability to identify...