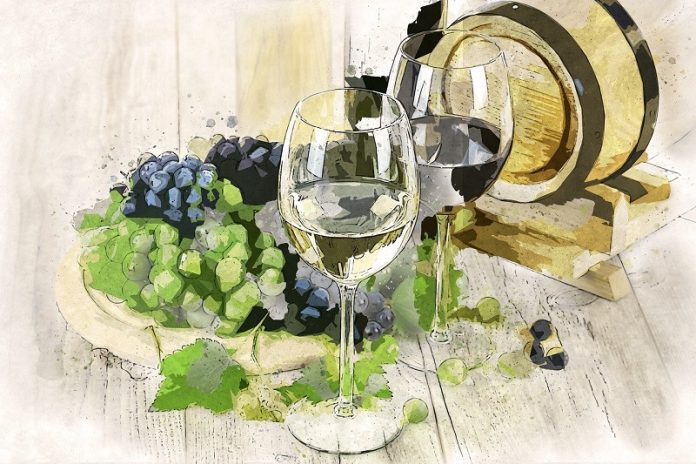 Sauvignon Blanc, Semillon, or Chardonnay – when you reach for your favorite white, it’s the clean, clear sparkle that first catches your eye.

When white wines look cloudy it is a sign of protein instability, and a sure-fire way to turn customers away.

The study led by the Australian Wine Research Institute (AWRI) in partnership with the University of South Australia, is ensuring white wines will always look their best as novel magnetic nanotechnology is proving to quickly and efficiently remove haze-forming proteins in white wine.

“Protein haze is a serious problem for the wine industry. Not only because consumers see it as a defect, but also because conventional bentonite treatments can cause significant wine volume loss, which is also reflected in the bottom line,” Mierczynska-Vasilev says.

“In Australia, the overall estimate of loss caused by bentonite fining is around $100 million annually, and globally, this equates to approximately $1 billion per year.

“Winemakers traditionally use bentonite to remove proteins and prevent haze formation, but as it is a clay, it swells in the wine solution and can lead to a loss of wine volume of approximately three per cent.

“Using this technology, winemakers could potentially remove haze-forming proteins safely and efficiently, without bentonite-associated volume loss, and importantly, could do so multiple times with the same nanoparticles.”

The new technology uses magnetic nanoparticles coated with acrylic acid polymers which, when placed in heat-unstable wine, attract and bind proteins to the nanoparticles’ surfaces.

The particles are then drawn from the wine using a magnet, leaving behind a clarified product devoid of haze.

“Unlike bentonite, a defining feature of this nanotechnology is its ability to be regenerated for re-application, without any adverse effects on the wine’s colour, aroma and texture compounds,” Mierczynska-Vasilev says.

“While there is still some way to go before the technology can be practically applied in wineries, and the need to obtain regulatory approval both in Australia and overseas, given the clear economic, sustainable and sensory benefits, this nanotechnology has a very strong potential for adoption – it’s absolutely a ‘watch this space’.”

Funded by Wine Australia, the research demonstrates an exemplary collaboration, combining the global standing of the AWRI in wine research and the world-class capabilities in surface nanoengineering developed at UniSA’s Future Industries Institute.

Coronavirus and diabetes: the different risks for people with type 1 and type 2