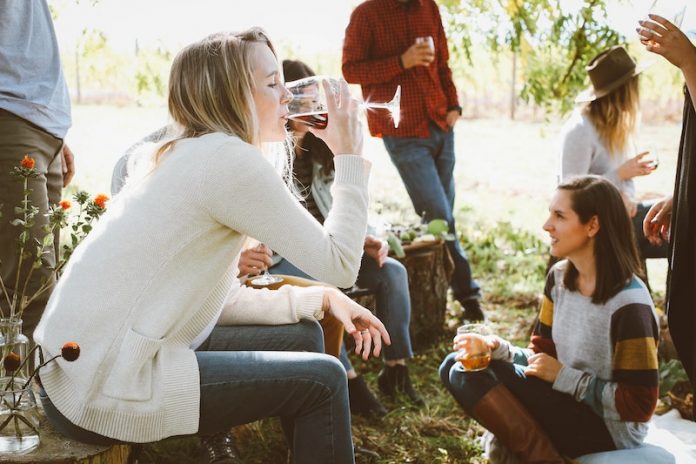 In a new study, researchers found that when people binge on more than a few, they could be putting their physical and mental health at risk.

The behavior may develop into drunkorexia—a damaging and dangerous behavior where disordered patterns of eating are used to offset the negative effects of consuming excess alcohol, such as gaining weight.

The research was conducted by a team at the University of South Australia.

They found that a staggering 82.7% of women surveyed had engaged in drunkorexic behaviors over the past three months.

And, more than 28% were regularly and purposely skipping meals, consuming low-calorie or sugar-free alcoholic beverages, purging or exercising after drinking to help reduce ingested calories from alcohol, at least 25% of the time.

The harmful use of alcohol is a global issue, with excess consumption causing millions of deaths, including many thousands of young lives.

In Australia, one in six people consume alcohol at dangerous levels, placing them at lifetime risk of an alcohol-related disease or injury.

The combination of excessive alcohol intake with restrictive eating behaviors to offset calories can result in a highly toxic cocktail for this population.

The lead author of the study is Clinical psychologist and lead UniSA researcher Alycia Powell-Jones.

The study is published in Australian Psychologist.