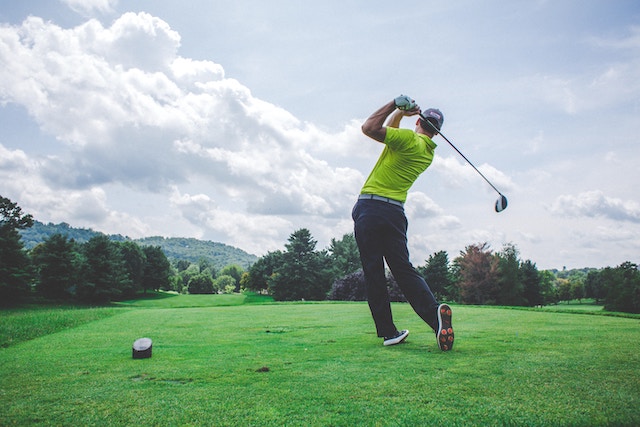 In a new study, researchers found that regularly golfing—at least once per month—may lower the risk of death among older adults.

The study the first of its kind to evaluate the long-term health benefits of golf, one of the most popular sports among older people in many countries.

The research was conducted by a team at the University of Missouri in Columbia.

Golf, a sport played by approximately 25 million Americans, can provide benefits such as stress reduction and regular exercise.

Due to its social nature and controlled pace, people often maintain motivation and the ability to continue playing the sport even in older age and after suffering a heart attack or stroke.

In the study, the researchers analyzed data from the Cardiovascular Health Study, a population-based observational study of risk factors for heart disease and stroke in adults 65 and older.

Starting in 1989 and continuing through 1999, participants had extensive annual clinical exams and clinic visits every six months for the 10-year period.

Once clinic visits ended, patients were contacted by phone to determine any occurrences of heart attack and stroke events. Patients who played golf at least once a month was considered regular golfers.

The team says while walking and low-intensity jogging may be comparable exercise, they lack the competitive excitement of golf.

Regular exercise, exposure to a less polluted environment and social interactions provided by golf are all positive for health.

Another positive is that older adults can continue to play golf, unlike other more strenuous sports such as football, boxing, and tennis.

Additional positive aspects are stress relief and relaxation, which golf appears better suited for than other sports.

The lead author of the study is Adnan Qureshi, M.D., the executive director of the Zeenat Qureshi Stroke Institutes.

The study was presented at the American Stroke Association’s International Stroke Conference.