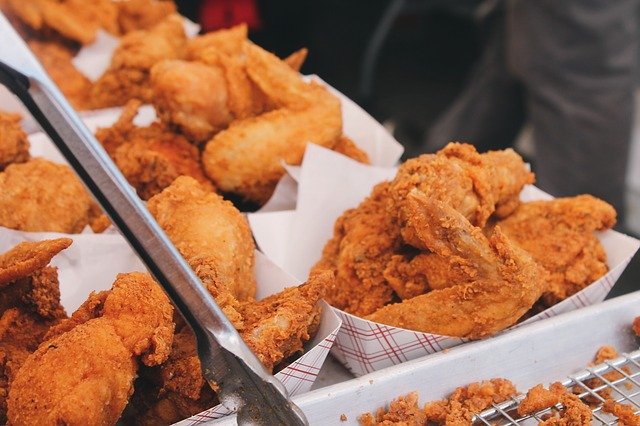 In a new study, researchers found that a Western diet rich in fat and sugar may lead to inflammatory skin diseases such as psoriasis.

The study suggests that dietary components, rather than obesity itself, may lead to skin inflammation and the development of psoriasis.

The research was conducted by a team at UC Davis Health.

A common and chronic skin disease, psoriasis causes skin cells to form scales and red patches that are itchy and sometimes painful.

Previous studies have shown that obesity is a risk factor for the development or worsening of psoriasis.

The Western diet, characterized by a high dietary intake of saturated fats and sucrose and low intake of fiber, has been linked to the increased prevalence of obesity in the world.

In the study, the team used a mouse model and found that a diet containing both high fat and high sugar (mimicking the Western diet in humans) could induce observable skin inflammation.

In four weeks only, mice on the Western diet had strongly increased ear swelling and visible dermatitis.

This means short-term exposure to the Western diet is able to induce psoriasis before the significant body weight gain.

The team says eating an unhealthy diet does not affect your waistline alone, but your skin immunity too.

The study detailed the mechanisms by which inflammation happens following a Western diet.

It identified bile acids as key signaling molecules in the regulation of skin immunity. Bile acids are produced in the liver from cholesterol and metabolized in the intestine by the gut microbiota.

They play an important role in dietary lipid absorption and cholesterol balance in the blood.

The study found that cholestyramine, a drug used to lower cholesterol levels by binding to bile acids in the intestine, helped reduce the risk of skin inflammation.

The finding suggests that bile acids mediate the development of psoriasis.

The binding of cholestyramine to bile acids in the gut and its subsequent release through the stool allows for the lowering of skin inflammation.

Further studies are needed to understand the mechanism behind diet-induced skin inflammation and the interaction between metabolism, microbes, and immunity.

One author of the study is Sam T. Hwang, professor and chair of dermatology at UC Davis.

The study is published in the Journal of Investigative Dermatology.