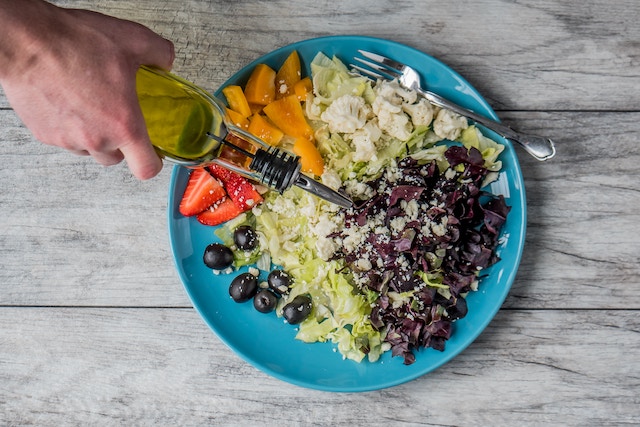 With loads of trendy diets floating around, it’s hard to keep track of which ones to follow.

But Sue Ryskamp, a registered dietician at the Michigan Medicine Frankel Cardiovascular Center, says they’re easy to narrow down once you realize most don’t meet the American Heart Association’s criteria for being heart healthy.

That’s where the AHA’s recommended Mediterranean diet comes in.

It quickly gained popularity back in 2013 with a published study including more than 7,000 people, which showed a strong link to preventing cardiovascular events.

“It’s scientifically based, where these other ones may work on a short term basis, but in reality they’re stricter and harder to maintain,” Ryskamp explains.

“For instance, the keto diet may require close medical supervision and guidance, especially long term; you’re going to need help managing it. Same for intermittent fasting. Does it work? Yes, but it’s not for everyone.”

But what exactly does a Mediterranean diet mean?

Well, for starters, it’s not a diet, it’s a meal style, explains Ryskamp.

“It’s based on the traditional eating habits of countries bordering the Mediterranean Sea, where studies have shown these populations tend to live longer, healthier lives,” says Ryskamp.

This can be seen especially in comparison to the standard American diet, becoming increasingly known as “SAD,” which consists of a high intake of red meat, grains, dairy products, processed, pre-packaged and fried foods.”

Although it varies from culture to culture, these groups seem to follow a more plant-based diet, incorporating lots of fruits, vegetables, legumes, nuts and seeds, using olive oil as their primary fat source and consuming more eggs, fish and poultry rather than red meat, with fruit being a common dessert.

“Eating minimally processed foods is key here. You want fresh, whole foods that don’t come in a box or a can,” Ryskamp says.

“I’ve had patients in their 60s with high cholesterol, and when given a combination of medication changes along with this diet, I’ve seen, within a month, numbers fall within a normal range,” she says.

“If you commit, you’ll see results. You’re going to show improvement not only in biomarkers, but in your overall health. And remember that you may not feel bad, but your blood work may suggest another story.”

Ryskamp says research has found that more refined carbohydrates and sugar in your diet can cause an inflammatory response in the body, which not only leads to unhealthy spikes in blood sugar, insulin and triglycerides (all which affect your heart health), but can cause general internal inflammation, too.

High sugar content can also lead to an irregular heartbeat.

And emphasizing a plant-based diet high in fats like avocados, olives, nuts and nut-based butters translates into eating fewer carbs.

“This combination plays out to be tried and true; we want a lower, more sustainable calorie intake, because obesity is a major risk factor for heart disease and stroke,” says Ryskamp.

It also cuts down your sodium intake, which is commonly hidden in packaged foods.

According to the AHA, you should steer clear of foods containing sodium and prepare most meals with little or no salt, focusing once again on the fresh versus processed approach.

So, how exactly do you get started and how drastic will the changes be?

“Tease out things that are doing more harm than good. Drinking soda and sugary beverages? Substitute them with sparkling water. Eating donuts and cookies? Swap in fruit.”

Although carbohydrates like rice and pasta are allowed, you want to consume them in limited amounts, focusing more on fruits and vegetables.

And Ryskamp encourages increasing your servings of nuts and legumes, like beans and lentils, as well.

“The more natural the makeup of a food, the more cardio protective it is.”

She suggests focusing on the richness in nutrients, be it from phytonutrients that bring out the color in your foods or the soluble fiber found in them, which has shown to lower LDL cholesterol and stabilize blood sugar.

And as for sugar?

“The American Heart Association recommends women have no more than six teaspoons of added sugar a day, with men having no more than nine,” says Ryskamp.

But how do you know how much is in the food you’re eating? Check the label, Ryskamp advises.

Limit your sweets and treats to three small servings a week and eliminate all sugary beverages.