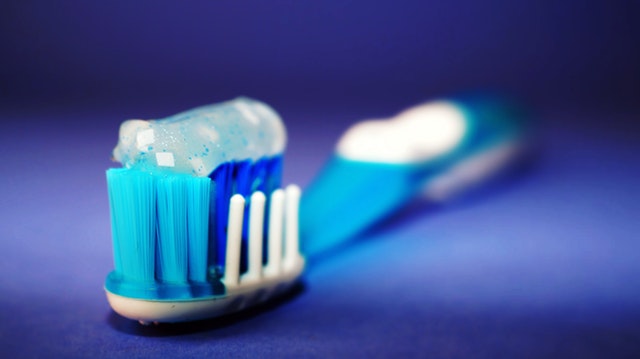 In two new studies, researchers found that gum disease was linked to a higher rate of strokes caused by the hardening of large arteries in the brain and also with severe artery blockages that haven’t yet caused symptoms.

The two studies raise the possibility that treating gum disease alongside other stroke risk factors might reduce the severity of artery plaque buildup and narrowing of brain blood vessels that can lead to a new or a recurrent stroke.

However, these studies could not conclusively confirm a cause-and-effect relationship between gum disease and artery blockage or stroke risk.

The research was conducted by a team at the University of South Carolina.

Gum disease is a chronic bacterial infection that affects the soft and hard structures supporting the teeth and is associated with inflammation.

Inflammation appears to play a major role in the development and worsening of atherosclerosis, or ‘hardening’ of blood vessels.

In the studies, the team examined if gum disease is linked to blockages in brain vessels and strokes caused by atherosclerosis of the brain vessels.

In one study, the researchers examined 265 patients who experienced a stroke between 2015 and 2017, analyzing whether gum disease was associated with specific types of stroke.

They found large artery strokes due to intracranial atherosclerosis were twice as common in patients with gum disease as in those without gum disease;

Patients with gum disease were three times as likely to have a stroke involving blood vessels in the back of the brain, which controls vision, coordination and other vital bodily functions; and

In the second study, the team used two magnetic resonance images to measure blockages in arteries inside the brain in 1,145 people who had not experienced a stroke.

Periodontal examinations were used to classify the presence and severity of gum disease.

The researchers found arteries in the brain were severely blocked (50% or more) in 10% of participants;

People with gingivitis, inflammation of the gums, were twice as likely to have moderately severe narrowed brain arteries from plaque buildup compared to those with no gum disease; and

After adjusting for risk factors such as age, high blood pressure, and high cholesterol, people with gingivitis were 2.4 times as likely to have severely blocked brain arteries.

The team says it’s important for clinicians to recognize that gum disease is an important source of inflammation for their patients and to work with patients to address gum disease.

They are working on a current study to evaluate if the treatment of gum disease can reduce its association with stroke.

The lead author of the study is Souvik Sen, M.D., M.S., M.P.H., the professor and chair of the Department of Neurology at the School of Medicine in Columbia.

The study was presented at the American Stroke Association’s International Stroke Conference.