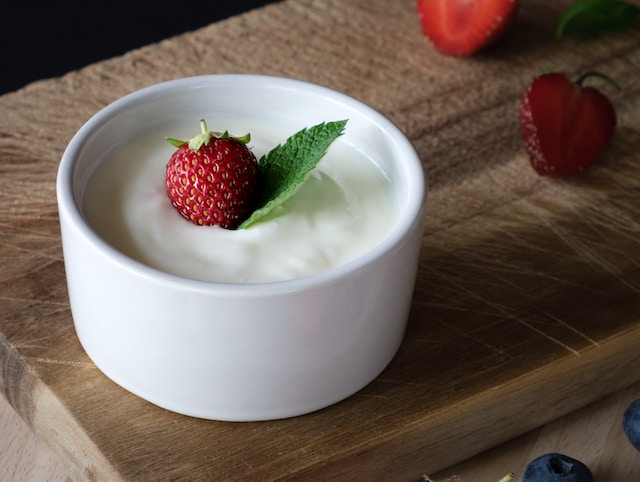 In a new study, researchers suggest that one of the causes of breast cancer may be inflammation triggered by harmful bacteria.

Their idea is supported by the available evidence, which is that bacterial-induced inflammation is linked to cancer.

The researchers say that eating natural yogurt on a daily basis is a simple, inexpensive potential preventive remedy for women.

The research was conducted by a team at Lancaster University and elsewhere.

Yogurt contains beneficial lactose fermenting bacteria commonly found in milk, similar to the bacteria—or microflora- found in the breasts of mothers who have breastfed.

Lactose fermenting bacteria are commonly found in milk and are likely to occupy the breast ducts of women during lactation and for an unknown period after lactation.

Their suggestion is that this lactose fermenting bacteria in the breast is protective because each year of breastfeeding reduces the risk of breast cancer by 4.3%.

Several other studies have shown that the consumption of yogurt is associated with a reduction in the risk of breast cancer, which the researchers suggest may be due to the displacement of harmful bacteria by beneficial bacteria.

There are approximately 10 billion bacterial cells in the human body and while most are harmless, some bacteria create toxins that trigger inflammation in the body.

Chronic inflammation destroys the harmful germs but it also damages the body.

One of the most common inflammatory conditions is gum disease or periodontitis which has already been linked to oral, oesophageal, colonic, pancreatic, prostatic and breast cancer.

The researchers say the stem cells which divide to replenish the lining of the breast ducts are influenced by the microflora, and certain components of the microflora have been shown in other organs, such as the colon and stomach, to increase the risk of cancer development.

Therefore a similar scenario is likely to be occurring in the breast, whereby resident microflora impacts on stem cell division and influences cancer risk.

The lead author of the study is medical student Auday Marwaha.

The study is published in the journal Medical Hypotheses.