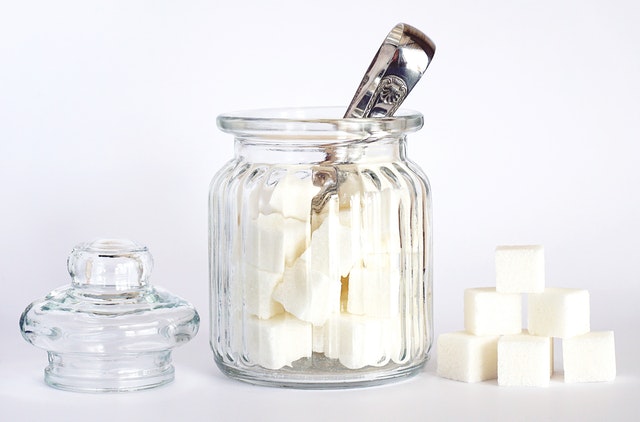 In a new study, researchers examined how drinking sugar water could influence the brain.

They found sugar influences brain reward circuitry in ways similar to those observed when addictive drugs are consumed.

The research was conducted by a team from Aarhus University.

Anyone who has desperately searched their kitchen cabinets for a piece of forgotten chocolate knows that the desire for palatable food can be hard to control. But is it really an addiction?

In the study, the team did experiments using seven pigs receiving two liters of sugar water daily over a 12-day period.

To map the consequences of the sugar intake, the researchers imaged the brains of the pigs at the beginning of the experiment, after the first day, and after the 12th day of sugar.

After just 12 days of sugar intake, they found major changes in the brain’s dopamine and opioid systems.

In fact, the opioid system, which is that part of the brain’s chemistry that is linked to well-being and pleasure, was already activated after the very first intake.

The team says both “natural” and “artificial” stimuli, like drugs, activate the brain’s reward system, where neurotransmitters like dopamine and opioids are released.

If sugar can change the brain’s reward system after only twelve days, natural stimuli such as learning or social interaction are pushed into the background and replaced by sugar and/or other ‘artificial’ stimuli.

The researchers conclude that eating too much sugar can lead to addiction with direct consequences to health by obesity.

People should pay attention to this and reduce sugar in their daily diets.

One author of the study is Michael Winterdahl, Associate Professor at the Department of Clinical Medicine.