Knowridge Science Report
Home Animals & Plants How do sea stars move without a brain? The answer could impact... 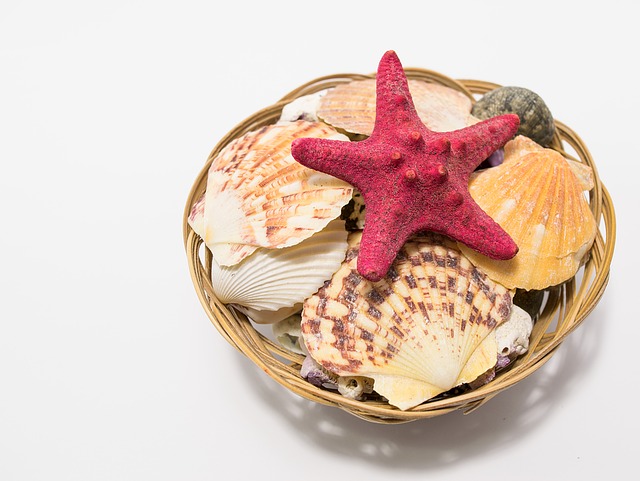 Have you ever seen a sea star move?

To many of us, sea star seem motionless, like a rock on the ocean’s floor, but in actuality, they have hundreds of tube feet attached to their underbelly.

These feet stretch and contract to attach to rough terrain, hold on to prey and, of course, move.

Any one tube foot on a sea star can act autonomously in responding to stimuli, but coupled together, they can synchronize their motion to produce a bouncing motion — their version of running.

For years, researchers have wondered exactly how a sea star accomplishes this synchronization, given it has no brain and a completely decentralized nervous system.

The answer, from researchers at the USC Viterbi School of Engineering, was recently published in the Journal of the Royal Society Interface: sea star couple a global directionality command from a “dominant arm” with individual, localized responses to stimuli to achieve coordinated locomotion.

In other words, once the sea star provides an instruction on which way to move, the individual feet figure out how to achieve this on their own, without further communication.

The work builds on an existing hierarchal model of behavior, but goes further in explaining how much of sea star locomotion happens locally versus globally.

“The nervous system does not process everything in the same place at the same time, but relies on the idea that the sea star is competent and will figure it out,” said Kanso, a Zohrab A. Kaprielian Fellow in Engineering.

“If one tube foot pushes against the ground, the others will feel the force. This mechanical coupling is the only way in which one tube foot shares information with another.”

The nervous system of a sea star is characterized by a nerve ring that surrounds its mouth and connects to each individual arm through a radial nerve. The muscles of each tube foot are stimulated by neurons connected to the radial and ring nerves.

All feet step in the same direction while crawling, but their movement is not synchronized. However, when achieving the bouncing gait, sea star seem to coordinate tens of feet into two or three synchronized groups.

The research team, led by Kanso, looked at both modes of motion, and the transition between them. The result is a model that describes how much of a sea star’s locomotion is determined by local sensory-motor response at the tube feet level versus global sensory-motor commands.

In the animal world, behavior is often described by one of two prevailing models of locomotion; behavior such as insect flight is the result of sensory feedback traveling through a central processing system, which sends a message activating a response, or it is the result of completely decentralized, individual responses to sensory information such as in fish schools or ant colonies.

Neither of these models seem to describe the motion of a sea star.

“In the case of the sea star, the nervous system seems to rely on the physics of the interaction between the body and the environment to control locomotion. All of the tube feet are attached structurally to the sea star and thus, to each other.”

In this way, there is a mechanism for “information” to be communicated mechanically between tube feet. An individual tube foot would only need to sense its own state (proprioception) and respond accordingly.

Because its state is coupled mechanically to other tube feet, they work together collectively. As the tube feet begin to move, each produces an individual force that becomes a part of the sensory environment.

In this way, each tube foot is also responding to the forces produced by other tube feet and eventually, they establish a rhythm with each other.

This is similar to other mechanical models of coordination. For example, take a set of mechanical metronomes, devices used to help keep rhythm or time for a musician. You can start a set of 10 at all different phases, resting them on the same flat surface. Over time, they will synchronize.

Understanding how a distributed nervous system, like that of a sea star, achieves complex, coordinated motions could lead to advancements in areas such as robotics.

In robotics systems, it is relatively straightforward to program a robot to perform repetitive tasks. However, in more complex situations where customization is required, robots face difficulties. How can robots be engineered to apply the same benefits to a more complex problem or environment?

The answer might lie in the sea star model, Kanso said. “Using the example of a sea star, we can design controllers so that learning can happen hierarchically.

There is a decentralized component for both decision-making and for communicating to a global authority.

This could be useful for designing control algorithms for systems with multiple actuators, where we are delegating a lot of the control to the physics of the system — mechanical coupling — versus the input or intervention of a central controller.”