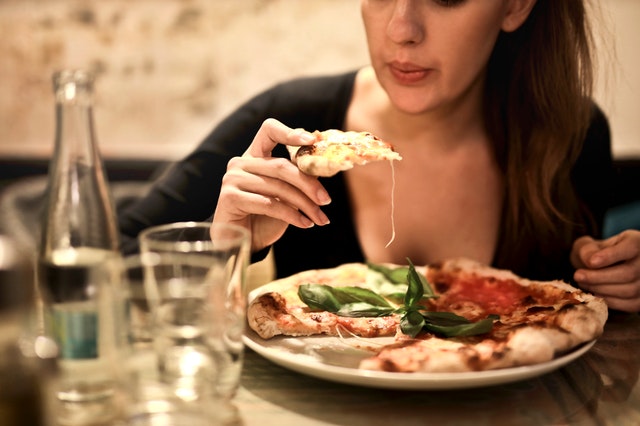 In a new study, researchers found that women who ate a higher proportion of their daily calories later in the evening were more likely to be at greater risk for heart disease than women who did not.

The research was conducted by a team at Columbia University and elsewhere.

The team examined the cardiovascular health of 112 women using the American Heart Association’s Life’s Simple 7 measures at the beginning of the study and one year later.

Life’s Simple 7 represents the risk factors that people can improve through lifestyle changes to help achieve ideal cardiovascular health and include not smoking, being physically active, eating healthy foods and controlling body weight, along with measuring cholesterol, blood pressure and blood sugar levels.

A heart health score based on meeting the Life’s Simple 7 was computed.

Study participants kept electronic food diaries by computer or cell phone to report what, how much and when they ate for one week at the beginning of the study and for one week 12 months later.

Data from the food diary completed by each woman was used to determine the relationship between heart health and the timing of when they ate.

The researchers found while most women consumed some food after 6 p.m., those who consumed a higher proportion of their daily calories after this time had poorer heart health.

With every 1% increase in calories consumed after 6 p.m., heart health declined.

Specifically, women who consumed more of their calories after 6 p.m. were more likely to have higher blood pressure, higher body mass index and poorer long-term control of blood sugar.

Similar findings occurred with every 1% increase in calories consumed after 8 p.m.

These results show that intentional eating that is mindful of the timing and proportion of calories in evening meals may represent a simple, modifiable behavior that can help lower heart disease risk.

The team says the results should be confirmed in a larger sample and in other populations.

The lead author of the study is Nour Makarem, Ph.D., an associate research scientist at Columbia University’s Vagelos College of Physicians and Surgeons in New York.

The study was presented at the American Heart Association’s Scientific Sessions 2019.