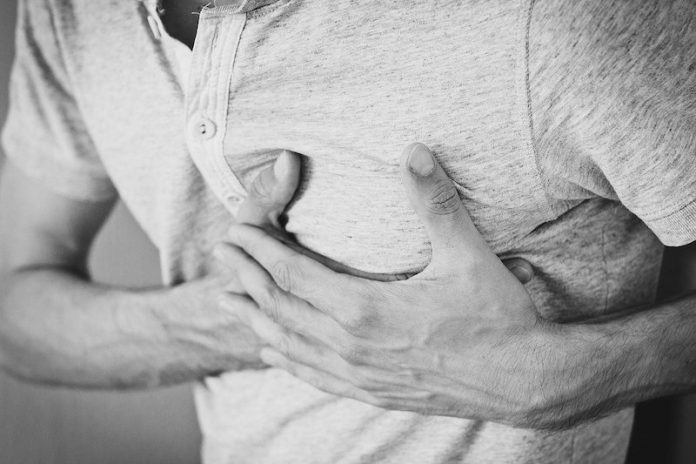 Their inability to manage emotions often makes it hard for people with borderline personality disorder to finish school, keep a job, or maintain stable, healthy relationships.

According to the National Institute of Mental Health, 1.4% of adults have BPD, but that number does not include those with less severe symptoms, who nevertheless may experience clinically significant impairments.

Although borderline personality disorder is well studied for its relationship to psychological and social impairments, recent research has suggested it may also contribute to physical health risks.

In a recent study from the University of Pittsburgh, researchers found middle-aged adults who show symptoms of borderline personality disorder may be at greater risk for a heart attack.

They found these people show physical signs of worsening cardiovascular health more than other adults.

The study is published in Personality Disorders: Theory, Research, and Treatment. The lead author is Whitney Ringwald MSW, MS.

In the study, the team analyzed health data from 1,295 participants in the University of Pittsburgh Adult Health and Behavior Project.

This is a registry of behavioral and biological measurements from non-Hispanic white and African American adults, 30 to 50 years old, recruited between 2001 and 2005 in southwestern Pennsylvania.

The researchers looked at self-reported basic personality traits, as well as those reported by up to two of the participants’ friends or family members, and self-reported symptoms of depression.

The researchers also looked at the potential role of depression, as people with BPD are also often depressed.

While borderline personality traits and depression were both strongly linked to heart disease risk, the effect of borderline traits was independent of depression symptoms.

The findings suggest that the effects of this disorder on heart health are large enough that clinicians treating patients should recommend monitoring their heart health.

The team says it can be challenging to treat BPD because doctors are seeking to change a person’s longstanding patterns of thinking, feeling and behaving that are very well ingrained.

There are several evidence-based treatment options that can be helpful, so there are many reasons to be optimistic, but treatment may take a long time.

Primary care physicians may attend to personality as a risk factor when monitoring patients for long-term health as well.