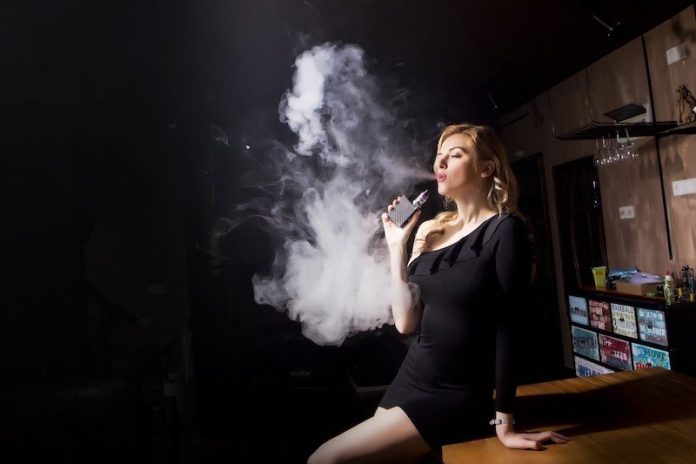 In a new study, researchers found that cigarette smokers who switch to nicotine containing vaporisers could strongly improve their blood vessel health.

They found that smokers who switched to e-cigarettes demonstrated a big improvement in their vascular health within four weeks, with women experiencing greater gains by switching than men.

The study also found that participants who transitioned achieved greater improvement compared to those who continued to use both tobacco cigarettes and e-cigarettes.

The research was conducted by a team at the University of Dundee.

Named VESUVIUS, the British Heart Foundation-commissioned study is believed to have been the largest undertaken to-date in determining the impact of e-cigarettes on heart health.

The team recruited 114 long-term cigarette smokers who had smoked at least 15 cigarettes per day for at least two years.

Participants were monitored throughout the test period while undergoing vascular testing before and after the trial.

The team found that each percentage point improvement in vascular function results in a 13% reduction in cardiovascular event rates such as heart attack.

By switching from cigarettes to e-cigarettes, they found an average percentage point improvement of 1.5 within just one month. This represents a big improvement in vascular health.

They also found that in the short term at least, regardless of whether the e-cigarette does or does not contain nicotine, a person will see vascular health improvements compared to smoking a traditional cigarette.

The longer-term impact of nicotine requires further study and follow-up.

In addition, women benefitted much more than men by making the switch to e-cigarettes, and the researchers are still looking into the reasons for this.

The research also revealed that if a person had smoked less than 20 pack-years, their blood vessel stiffness also strongly improved compared to those who smoked more than 20 pack years.

The team says that while e-cigarettes were found to be less harmful, the devices may still carry health risks.

It is crucial to emphasize that e-cigarettes are not safe, just less harmful than tobacco cigarettes when it comes to vascular health. Smoking of any kind is a risk factor for heart disease.

The team says e-cigarettes should not be seen as harmless devices for non-smokers or young people to try.

However, for chronic tobacco smokers, there were significant improvements in vascular function within a month of switching from a tobacco cigarette to an e-cigarette.

One author of the study is Professor Jacob George.