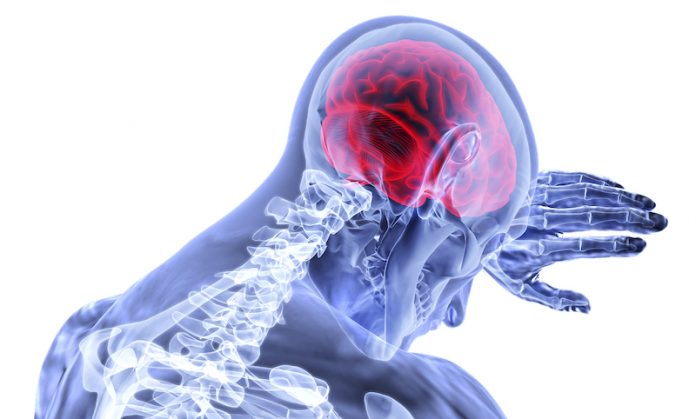 In more than half of all counties across the country, a growing percentage of middle-aged Americans are dying of strokes, according to a new study.

The study was published Thursday in the American Heart Association journal Stroke.

“Everyone needs to pay attention to this,” said Eric Hall, lead author on the study and a PhD student in the department of epidemiology at Emory University’s Rollins School of Public Health in Atlanta.

“At the national level, we know that stroke mortality had been steadily declining for a few decades and started to stagnate around 2010.

We took a look at those mortality rates at the county level and saw they were increasing in many counties. That this was happening among middle-aged groups was particularly surprising.”

But when researchers looked at the data on the county level, they found stroke death rates went up in 56.6% of counties during that time period for adults 35-64, with 1 in 4 counties actually experiencing a 10% or more increase.

That was even as stroke mortality rates fell for adults 65 and older.

Overall, twice as many counties saw an increase in stroke deaths during that period for middle-aged people compared to older adults.

Nearly half of middle-aged adults, or 60.2 million Americans, lived in counties for which stroke mortality rates went up.

“National or state-level data show an average,” he explained. “These data are important because they give high-level perspective on trends in disease. But they don’t reflect changes or disparities occurring at the local level.”

Another surprising finding, said Hall, was that increases in mortality rates occurred in counties across the country, including outside the traditional “stroke belt” of the Southeast, so named because of the prevalence of stroke and risk factors in the region.

Although the highest stroke mortality rates remain in the Southeast, most of the greatest increases for middle-aged adults were seen outside that area, the study shows.

The fact that stroke mortality is increasing in many counties outside the stroke belt suggests risk factors that have been typical to that region have broadened nationally, said Dr. Mitchell Elkind, head of the Division of Neurology Clinical Outcomes Research and Population Science at Columbia University in New York.

For example, the nationwide rise in obesity and Type 2 diabetes over the past few decades could be having an impact now on the number of people dying from strokes across the country, he said.

“These conditions don’t lead to stroke immediately,” said Elkind, who was not involved in the new research. “What we are seeing now in terms of stroke may reflect what was going on 10 or 12 years ago.”

He and Hall hope the information can give community organizations and health professionals the data they need to help tailor prevention programs.

“This will help them tailor resources and policies to their individual community health needs,” Hall said.

High consumption of carbohydrates, processed foods and sugar-sweetened beverages combined with high levels of inactivity and “people addicted to their screens” contribute over time to greater obesity levels and the development of Type 2 diabetes, said Elkind, president-elect of the AHA.

“We need not just individual behavior changes but changes at the societal level,” he said, “such as better urban design and more physical activity for kids in school, so they grow up with a different attitude towards physical activity.”