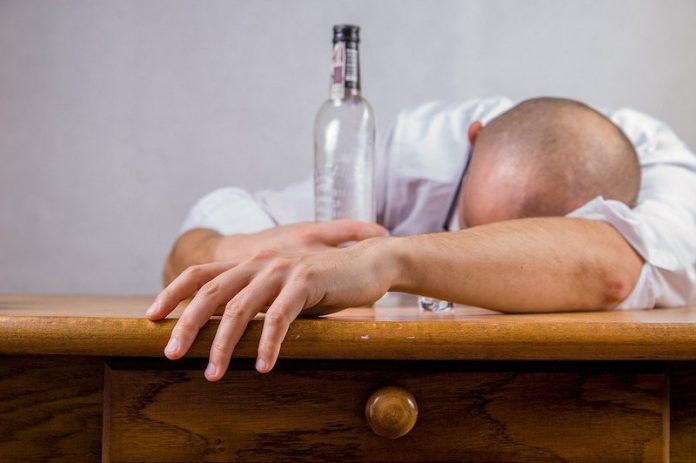 In a new study, researchers found that a one-off dose of ketamine could help heavy drinkers reduce their alcohol intake.

They found that heavy drinkers experienced a long-term improvement after a very quick and simple experimental treatment.

The research was conducted by a team from UCL and elsewhere.

The team was seeking to upend the maladaptive reward memories that are central to drug and alcohol addiction.

They tested 90 people with harmful drinking behavior, who all preferred beer.

They were heavy drinkers, but did not have a formal diagnosis of alcohol use disorder and had not sought treatment.

On average, they were drinking 74 units of alcohol per week, equivalent to roughly 30 pints of beer—five times the recommended limit.

The participants were given a glass of beer and told they could drink it after finishing a task.

They rated their urge to drink and were shown images of beer and other drinks, while rating their anticipated pleasure, thus retrieving the reward memories surrounding beer drinking.

On the first day of the study, in order to establish their baseline drinking urges, they were then allowed to drink the beer, but on the second day, the beer was unexpectedly taken away from them.

Unexpectedly removing an anticipated reward is known to be a key factor in destabilizing a retrieved reward memory.

Typically the brain would then undergo an active process to re-stabilize and store the memory.

However, ketamine prevents this memory re-storage process by blocking a receptor in the brain that is needed to restabilize memories.

On a key day, one-third of the study participants were given an intravenous infusion of ketamine after the beer was taken away from them.

Another group was given an infusion of a placebo, while the other third were given ketamine, but without previously completing the drinking memory retrieval task.

The team found that giving a shot of ketamine to heavy drinkers after reactivating their drinking-related memories led to a rapid decrease in urges to drink and a prolonged decrease in alcohol intake over nine months.

This is the first demonstration of a very simple and accessible approach. It could be turned into helpful treatment for excessive drinking, or potentially for other drug addictions.

The researchers caution that the study is experimental and is not a clinical trial.

Further research is needed to optimize the treatment method and determine who it could benefit, and specialist supervision would still be required as the treatment may not be advisable for people with some conditions.