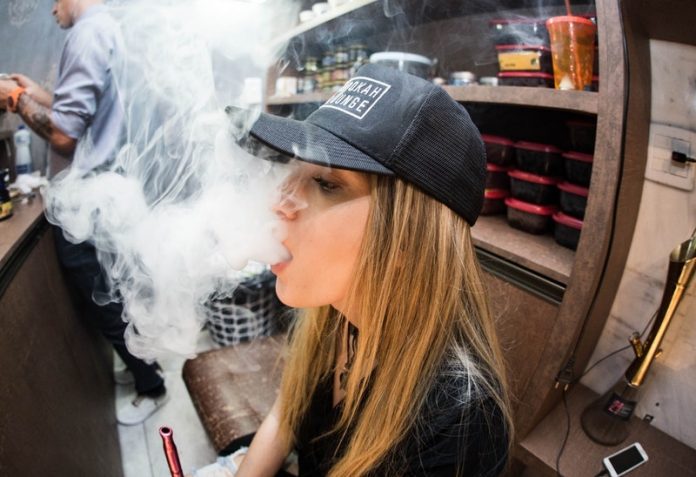 In a new study, researchers have found the damage e-cigarettes cause to the brain, heart, blood vessels and lungs.

They have issued a stark warning about the dangers of e-cigarettes, particularly for young people.

The research was conducted by a team at the University Medical Centre Mainz in Mainz, Germany and elsewhere.

Vaping, which was actually intended as an aid to help smokers quit, developed into a trend among young people in the US, leading to nicotine addiction, even among those who had not smoked before.

The team examined the effect of e-cigarette vapor on blood flow in the brachial artery in the upper arm in 20 healthy smokers before they vaped an e-cigarette and then 15 minutes afterward. They also measured how stiff the artery became.

In addition, they exposed 151 mice to cigarette vapor over one, three or five days for 20 minutes six times a day.

They found that just one vaping episode increased heart rates and caused the arteries to stiffen and the inner lining of the arteries, the endothelium, to stop working properly in the smokers.

The endothelium is responsible for maintaining the correct dilation and constriction of blood vessels protects tissues from toxic substances and regulates inflammation and blood clotting processes.

Endothelial dysfunction is involved in the development of the cardiovascular disease.

Results from the mice showed that an enzyme called NOX-2 was responsible for damage to blood vessels, including those in the lungs and the brain, as a result of e-cigarette vapor.

NOX-2 is involved in the body’s defenses against bacteria and in a process called oxidative stress—an imbalance between free radicals and antioxidants in the body.

Mice that were not able to produce NOX-2 were protected from the damaging effects of vaping.

The beneficial effects of these drugs suggested a central role of a chemical in the body called endothelin 1, which is involved in narrowing of the arteries, and a protein called FOXO-3, which protects against oxidative stress.

The team says e-cigarettes were so dangerous, as well as addictive, that countries should consider banning them, the action that countries such as India, Brazil, Singapore, Mexico, and Thailand have already taken.

One author of the study is Professor Thomas Münzel from the Department of Cardiology.