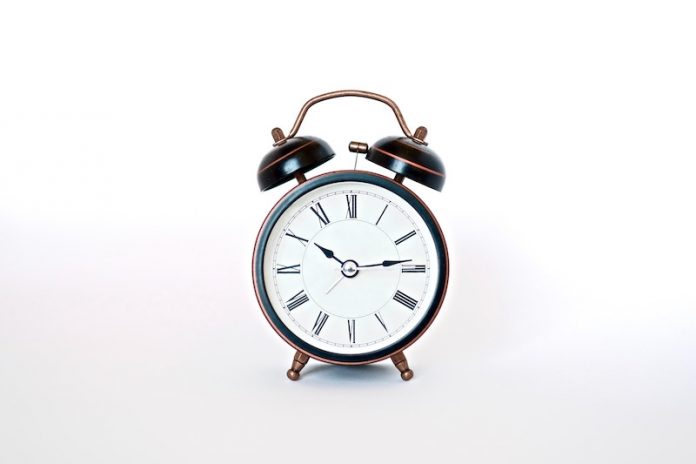 In a new study, researchers found the annual transition to and from daylight saving time (DST) has clinical implications that last longer than the days where clocks “fall back” or “spring forward.”

Over time, DST eliminates bright morning light that critically synchronizes biologic clocks, which can be associated with increased risk of heart attack and ischemic stroke, as well as other negative effects of partial sleep deprivation.

Average sleep duration shrinks by 15 to 20 minutes for adults during DST transitions, which may also increase the risk of fatal accidents.

The team says that people think the one-hour transition is no big deal, that they can get over this in a day, but what they don’t realize is their biological clock is out of sync.

It’s not one hour twice a year. It’s a misalignment of our biologic clocks for eight months of the year.

When people talk about DST and the relationship to light, they are talking about profound impacts on the biological clock, which is a structure rooted in the brain.

It impacts brain functions such as energy levels and alertness

In their paper, the team recaps large epidemiological studies that advocate for ending the practice of setting clocks forward or back.

Some people may have more flexible circadian rhythms and adjust quickly while others are more sensitive.

The team says that the transition impacts some children with autism for weeks or months.

While the sleep and circadian communities believe returning to standard time may be more biologically appropriate, gaining political buy-in for a nationwide change remains a challenge.

State legislation is “all over the map,” with some states considering a return to standard time and others in favor of permanent DST.

Tennessee has passed legislation supporting permanent DST, although such a change would require action from the U.S. Congress.

One author of the study is Beth Ann Malow, MD, Burry Chair in Cognitive Childhood Development.

The study is published in JAMA Neurology.