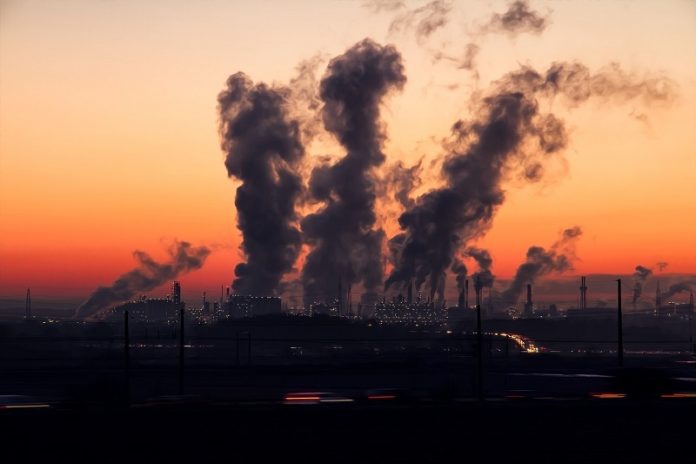 Capturing carbon dioxide and turning it into commercial products, such as fuels or construction materials, could become a new global industry, according to a study by researchers from UCLA, the University of Oxford and five other institutions.

Should that happen, the phenomenon would help the environment by reducing greenhouse gas emissions.

The research, published in Nature, is the most comprehensive study to date investigating the potential future scale and cost of 10 different ways to use carbon dioxide, including in fuels and chemicals, plastics, building materials, soil management and forestry.

The study considered processes using carbon dioxide captured from waste gases that are produced by burning fossil fuels or from the atmosphere by an industrial process.

And in a step beyond most previous research on the subject, the authors also considered processes that use carbon dioxide captured biologically by photosynthesis.

The research found that on average each utilization pathway could use around 0.5 gigatonnes of carbon dioxide per year that would otherwise escape into the atmosphere. (A tonne, or metric ton, is equivalent to 1,000 kilograms, and a gigatonne is 1 billion tonnes, or about 1.1 billion U.S. tons.)

The researchers noted, however, that the potential scales and costs of using carbon dioxide varied substantially across sectors.

“The analysis we presented makes clear that carbon dioxide utilization can be part of the solution to combat climate change, but only if those with the power to make decisions at every level of government and finance commit to changing policies and providing market incentives across multiple sectors,” said Emily Carter, a distinguished professor of chemical and biomolecular engineering at the UCLA Samueli School of Engineering and a co-author of the paper.

“The urgency is huge and we have little time left to effect change.”

“Greenhouse gas removal is essential to achieve net zero carbon emissions and stabilise the climate,” said Cameron Hepburn, one of the study’s lead authors, director of Oxford’s Smith School of Enterprise and Environment.

“We haven’t reduced our emissions fast enough, so now we also need to start pulling carbon dioxide out of the atmosphere. Governments and corporations are moving on this, but not quickly enough.

“The promise of carbon dioxide utilization is that it could act as an incentive for carbon dioxide removal and could reduce emissions by displacing fossil fuels.”

Critical to the success of these new technologies as mitigation strategies will be a careful analysis of their overall impact on the climate. Some are likely to be adopted quickly simply because of their attractive business models.

For example, in certain kinds of plastic production, using carbon dioxide as a feedstock is a more profitable and environmentally cleaner production process than using conventional hydrocarbons, and it can displace up to three times as much carbon dioxide as it uses.

Biological uses might also present opportunities to reap co-benefits. In other areas, utilization could provide a “better choice” alternative during the global decarbonization process.

One example might be the use of fuels derived from carbon dioxide, which could find a role in sectors that are harder to decarbonize, such as aviation.

The authors stressed that there is no “magic bullet” approach.

“I would start by incentivizing the most obvious solutions — most of which already exist — that can act at the gigatonne scale in agriculture, forestry and construction,” said Carter, who also is UCLA’s executive vice chancellor and provost, and the Gerhard R. Andlinger Professor in Energy and Environment Emeritus at Princeton University.

“At the same time, I would aggressively invest in R&D across academia, industry and government labs — much more so than is being done in the U.S., especially compared to China — in higher-tech solutions to capture and convert carbon dioxide to useful products that can be developed alongside solutions that already exist in agriculture, forestry and construction.”