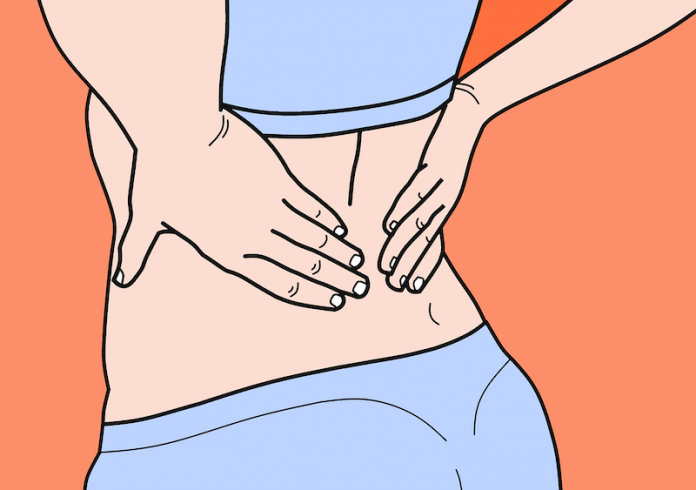 The 42-year-old tried everything he could think of to alleviate his pain — from regular massages to yoga and swimming — but nothing helped.

“The pain I was experiencing became a way of life,” he says. “I worked to get my muscles loose every day.”

Little did the East Lansing, Michigan, resident know he was suffering from venous thoracic outlet syndrome (TOS), a condition caused by compression of the nerves or blood vessels that serve the arms. Without treatment, the condition can lead to life-threatening blood clots in the lungs.

He recalls riding in a cab during a Christmastime vacation in Arizona last year with his fiancé when his left arm began to swell.

“The sleeve of my shirt was getting tight and I noticed my arm was red and swollen,” Basore says.

He was taken to a nearby hospital emergency room, where he was diagnosed with venous thoracic outlet syndrome and hospitalized from Christmas through his birthday in early January.

Venous TOS typically affects healthy, young, active individuals. It’s frequently caused by sudden trauma, such as an accident or a fall; repetitive movements, such as manual labor; or repetitive injury.

Symptoms vary from patient to patient and can include swelling and discoloration of the hand or arm, arm pain/fatigue, blood clots and numbness or tingling in the fingers.

Like Basore, some patients experience stiffness and loss of mobility in the back, neck and shoulder.

Basore’s venous TOS was likely the result of an injury he sustained years ago that fractured his first rib, located in the neck just above the collarbone, and eventually impinged his vein.

After years of backaches, Basore is finally able to put that pain behind him.

“My left top rib healed with a sharp edge to it and a lot of scar tissue,” he says, admitting he’s not sure of the exact injury that led to his thoracic outlet syndrome.

His condition resulted in blood clots in his left shoulder and two smaller clots that were dangerously close to his lungs.

Basore was put on the blood thinner Heparin and was scheduled for surgery to remove the clots, but a severe allergic reaction to the drug put things on hold.

After a change in his blood thinner and a week-long hospital stay, Basore decided to travel back to Michigan, where his primary care doctor recommended he be seen at Michigan Medicine by Chandu Vemuri, M.D., an expert in the diagnosis and treatment of thoracic outlet syndrome.

“I met with Dr. Vemuri, who confirmed my condition,” says Basore. “He said, ‘Yes, this is venous thoracic outlet syndrome and you need surgery.’”

Treatment for venous thoracic outlet syndrome involves a complete thoracic outlet decompression, which includes removal of the first rib, surrounding muscle and scar tissue around the jugular, innominate and subclavian veins. Some patients also benefit from a venous bypass if the vein is severely occluded.

In Basore’s case, says Vemuri, “We were able to get a successful decompression of the vein without having to do a venous bypass.”

Vemuri says it’s not uncommon for venous TOS to be diagnosed years after an injury.

“In 40% of venous thoracic outlet syndrome cases, we find it’s related to an injury the patient can’t recall.” Fractures of the first rib are often referred to as occult fractures, or breaks, that aren’t easily detected.

After six months of blood thinners and physical therapy, Basore says his back and neck feel great. He’s walking on a regular basis for overall exercise — pain-free — and has recently gotten back to weight lifting.

“I found out that when one part of your body is compromised, it can impact other parts,” he says, noting that it also disrupted his sleep.”

Needless to say, he’s relieved to have it all behind him.

Now, instead of focusing on ways to stop the pain, Basore is busy planning his November wedding.