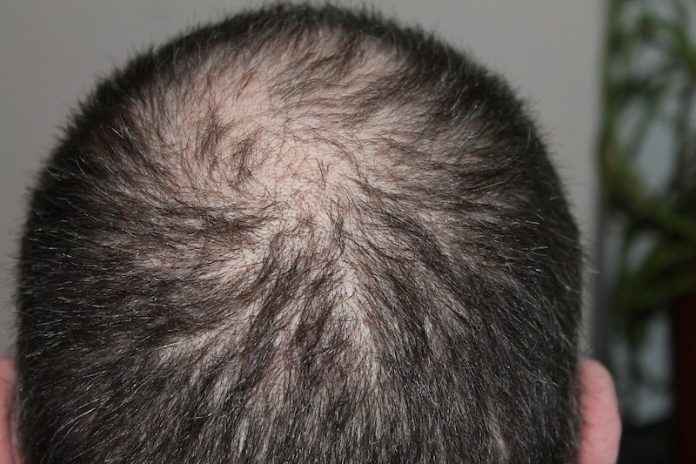 In a new study, researchers in the Republic of Korea found for the first time that exposure to common air pollutants known as particulate matter (PM) is linked to hair loss in humans.

Particulate matter (PM) is the term used to describe a mixture of solid particles and droplets found in the air.

Both PM10 and PM2.5 are considered to be major pollutants and are linked to various serious health conditions such as heart and lung disease, cancer and respiratory problems.

In total, ambient air pollution is estimated to kill 4.2 million people every year, but the effects on the skin and hair are not well known.

Sources of PM include the burning of fossil fuels, including petrol, diesel and other solid fuels such as coal, oil, and biomass, as well as other industrial activities such as building, mining and the manufacturing of building materials like cement, ceramics and bricks.

The current research was conducted by exposing cells from the human scalp at the base of hair follicles, known as human follicle dermal papilla cells (HFDPCs), to various concentrations of PM10-like dust and diesel particulate.

After 24 hours, the researchers performed a western blotting procedure to detect the levels of specific proteins in the cells.

The results showed that the presence of PM10 and diesel particulate decreased levels of β-catenin, the protein responsible for hair growth and morphogenesis.

The team also revealed that the levels of three other proteins, which are responsible for hair growth and hair retention, were decreased by PM10-like dust and diesel particulate in a dose-dependent manner.

The team says while the link between air pollution and serious diseases such as cancer, COPD and CVD are well established, there is little to no research on the effect of particular matter exposure on human skin and hair in particular.

This research explains the mode of action of air pollutants on human follicle dermal papilla cells, showing how the most common air pollutants lead to hair loss.

The leader of the study is Hyuk Chul Kwon from the Future Science Research Centre.

The study was presented today at the 28th EADV Congress in Madrid.