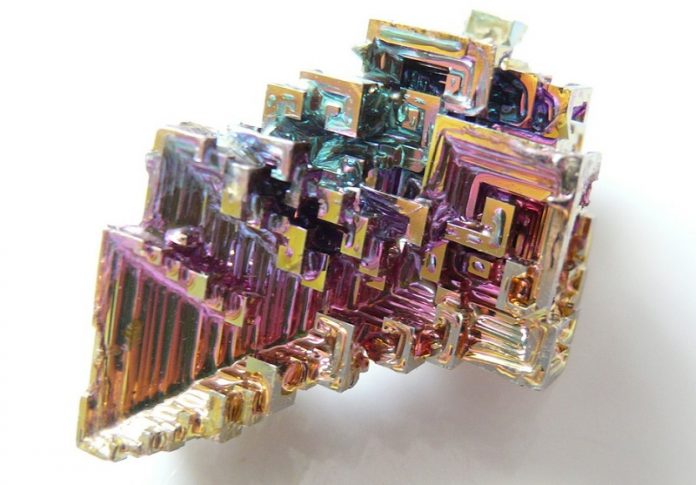 Scientists have discovered new properties in the chemical element bismuth that could prevent supercomputers from frying and enable the production of low power electronics.

In the old days, theoretical scientists relied mainly on paper and pencils to do their calculations and understand natural phenomena.

Today, theorists rely extensively on powerful computers to perform calculations that predict phenomena and process large datasets in efforts that include forecasting the weather and spotting exoplanets.

But computing at that scale demands a lot of energy, and the electronics of today sometimes struggle to process huge amounts of information.

Some computers would simply melt if you loaded up a chip needed to execute computing functions with too many conventional processors.

Now, a team of researchers that includes Northeastern theoretical physicist Arun Bansil have discovered new properties in the chemical element bismuth that conduct electricity efficiently, and could prevent supercomputers from frying.

Bansil, who found these properties of bismuth concealed within the quantum world, says the discovery will rock modern technology harder than the internet revolution in the 1960s.

Most of the rules that control the world as we know it don’t apply at quantum scales, the tiniest in the universe, where things behave very strangely. Down there, for example, a particle can be in two places simultaneously, and time can be reversed for a split second.

“So many hidden aspects of quantum mechanics are coming to the forefront,” says Bansil, who is a University Distinguished Professor of Physics.

In a study co-authored  with researchers from the Massachusetts Institute of Technology and Academia Sinica in Taiwan, Bansil used computer models to predict that bismuth has hallmark signatures of materials known as topological insulators, which get their name because they move electricity efficiently at the edge of their surfaces.

He says these qualities will be relatively easy to explore in the lab.

“It’s probably one of the most spectacular success stories in theory prediction through modeling of new types of materials,” Bansil says.

In solid materials carrying electricity, electrons tend to accelerate and scatter randomly until they no longer conduct energy in any particular direction.

As scattering occurs, electrons collide with other atoms, material impurities, and each other, heating the conducting material. But topological insulators such as bismuth heat much less because they do a much better job at conducting electrons with much less scattering.

Although crystals made with bismuth have been known to hold topological features, pure bismuth has been considered an ordinary metallic crystal with particularly high conductivity.

By definition, crystals are infinite periodic arrangements of matter guaranteed to have many types of symmetries. These structures protect certain types of properties using crystalline arrangements that move electrons fast and efficiently, as if using a railroad to transport energy.

To unmask bismuth’s superior conductivity, Bansil and his colleagues used a classical field in mathematics known as topology, which concerns itself with the shape of things and how they are related.

Take, for example, the classical proposition in topology that states that—strictly mathematically speaking—a doughnut is the same thing as a coffee mug.

Doughnuts and coffee mugs are the same to a topologist because the two objects have one main characteristic in common: their holes. In that world, a football would be a completely different thing because it has zero holes, so it is considered to have a different topological state.

In topology, the robustness of an object dictates whether an object is easy to convert into another thing—say putting a hole through the ball and converting it into a coffee mug, a doughnut, or anything else with just one hole. Topologically speaking, a ball with a robust state would be difficult to pierce.

Topological physicists such as Bansil apply the concept of robustness to describe materials with better conductivity. Based on Bansil’s calculations, bismuth will remain highly conductive even after its shape gets slightly distorted.

The structure and symmetry of bismuth’s electrons protect it from losing its superior conductivity and making it—topologically speaking—very robust. And that is a unique quality that will enable production of faster supercomputers and low power electronics, he says.

“Bismuth is even more rich than we thought it was, and we think we have now identified all of the topological features in it,” Bansil says. “There’s little doubt that topological materials will be one of the very key players in the ongoing quantum revolution.”