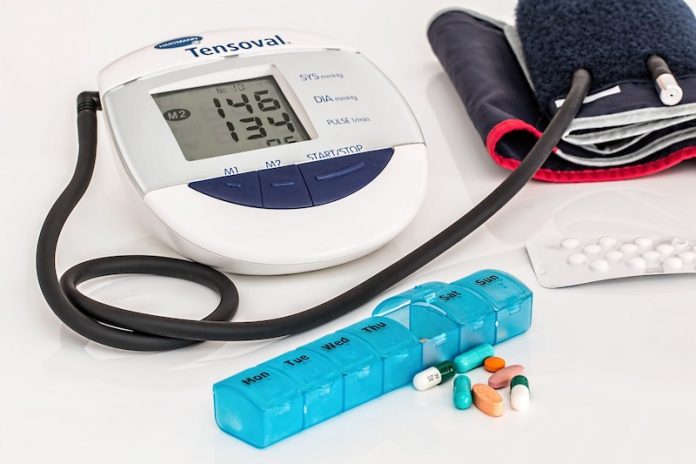 High blood pressure harms one in ten adults across the globe, and it increases the risk of heart attack and stroke.

The most common treatments for the condition are lifestyle changes and medications.

In a study from Imperial College London, researchers found that a type of high blood pressure drug called calcium channel blocker may lead to a higher risk of a bowel disease called diverticulosis.

This disease causes small bulges or pouches to appear in the lining of the intestine. It is more likely to occur in older people.

The study is published in the journal Circulation. The lead author is Dr. Dipender Gill from Imperial’s School of Public Health.

The team in the study examined the effectiveness and side effects of three common blood pressure medications: beta-blockers, ACE-inhibitors, and calcium channel blockers.

They first identified the proteins targeted by the drugs and which help lower blood pressure.

Then they analyzed genetic data from around 750,000 people and identified the so-called genetic variants that code for these proteins.

After that, the team checked whether these gene variants were linked to an increased or decreased risk of other diseases.

They tested the risk of about 900 different diseases using data from the UK Biobank study.

The researchers found that a particular type of calcium channel blocker for high blood pressure treatment was linked to the increased risk of the bowel condition.

It may relate to effects on the function of intestine muscles, which perform contractions to transport food through the gut.

This is the first time that this class of blood pressure drug has been linked to bowel disease.

The team warns that the findings should not change current blood pressure drug prescribing guidelines.

People should not stop taking their blood pressure medication before talking to their doctor.