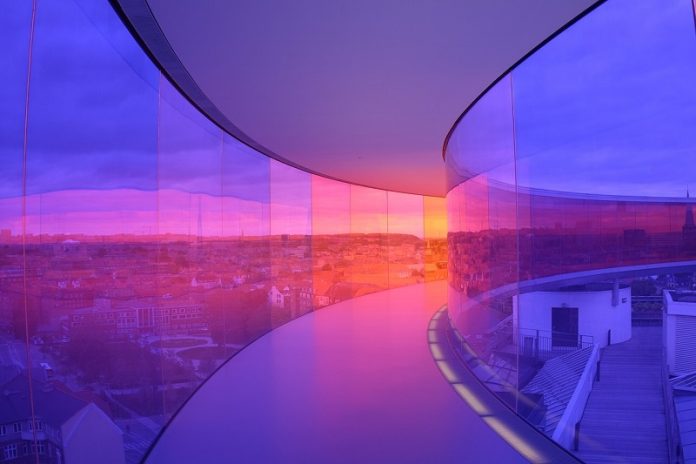 We could be a step closer to flexible solar cells that can go on curved surfaces thanks to a discovery that challenges conventional thinking about one of the key components of these devices, researchers report.

It has long been assumed that 100% of the surface of each electrode should be electrically conductive to maximize the efficiency of charge extraction.

Scientists have discovered that the electrodes in organic solar cells actually only need ~1% of their surface area to be electrically conductive to be fully effective.

This opens the door to using a range of composite materials at the interface between the electrodes and the light harvesting organic semiconductor layers to improve device performance and reduce cost.

“It’s widely assumed that if you want to optimize the performance of organic solar cells you need to maximize the area of the interface between the electrodes and the organic semiconductors.

We asked whether that was really true,” says Ross Hatton from the chemistry department at the University of Warwick.

The researchers developed a model electrode that they could systematically change the surface area of.

They found that when as much as 99% of its surface was electrically insulating the electrode still performs as well as if 100% of the surface was conducting, provided the conducting regions aren’t too far apart.

High performance organic solar cells have additional transparent layers at the interfaces between the electrodes and the light harvesting organic semiconductor layer that are essential for optimizing the light distribution in the device and improving its stability, but must also be able to conduct charges to the electrodes.

This is a tall order and not many materials meet all of these requirements.

“This new finding means composites of insulators and conducting nanoparticles such as carbon nanotubes, graphene fragments, or metal nanoparticles, could have great potential for this purpose, offering enhanced device performance or lower cost,” says Dinesha Dabera, a post-doctoral researcher.

“Organic solar cells are very close to being commercialized but they’re not quite there yet, so anything that allows you to further reduce cost whilst also improving performance is going to help enable that.”

“What we’ve done is to demonstrate a design rule for this type of solar cell, which opens up much greater possibilities for materials choice in the device and so could help to enable their realization commercially,” says Hatton.

Organic solar cells are potentially very environmentally friendly, because they contain no toxic elements and can be processed at low temperature using roll-to-roll deposition, so they can have an extremely low carbon footprint and a short energy payback time.

“There is a fast growing need for solar cells that can be supported on flexible substrates that are lightweight and color-tuneable,” says Hatton.

“Conventional silicon solar cells are fantastic for large scale electricity generation in solar farms and on the roofs of buildings, but they are poorly matched to the needs of electric vehicles and for integration into windows on buildings, which are no longer niche applications.

Organic solar cells can sit on curved surfaces, and are very lightweight and low profile.

“This discovery may help enable these new types of flexible solar cells to become a commercial reality sooner because it will give the designers of this class of solar cells more choice in the materials they can use.”