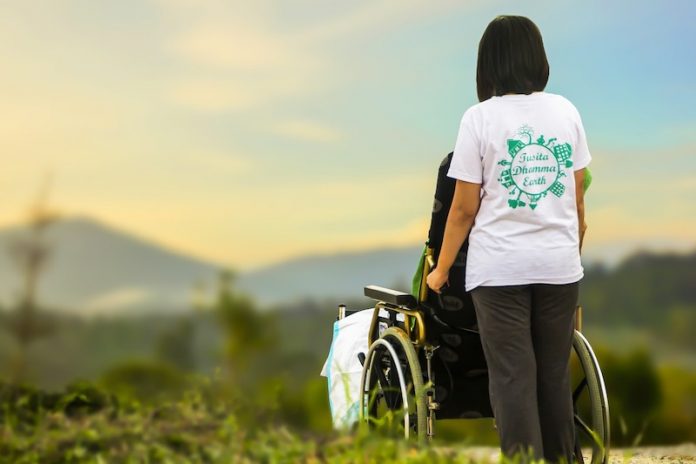 In a new study, researchers found caregivers of stroke survivors who show signs of depression may have a higher risk of suffering their own health challenges down the line.

The finding highlights the importance of attending to the mental health of caregivers and brings to mind the airline-safety metaphor: ‘Secure your own oxygen mask before helping someone else.’

The research was conducted by a team from the University of Kentucky.

Stroke is a leading cause of long-term disability around the world and often exerts a heavy toll on those in a supporting position.

Providing assistance to patients, including helping the survivor with eating, dressing, going to the bathroom and showering, not to mention taking care of meals, organizing a home and supervising medical care, can become a full-time job—with a deep emotional component.

In the study, the team enrolled 102 caregivers with a mean age of 58.

Two-thirds were female and about 70% were spouses. The rest consisted of other family members, although two or three were family friends.

Participants answered questionnaires at two points in time: six to ten weeks after the patient was discharged from the hospital and again one year later.

The team found more than half the participants (57.8%) said they had no issues of mental distress at all, but 20.6% (or one in five) suffered persistent depressive symptoms in the first year of caregiving.

The mental health of people with chronic signs of depression was closely linked to their physical health.

One-third of caregivers in the study reported their physical health as fair or poor after one year, while 43% said they felt their health had deteriorated.

Compared to caregivers who did not have signs of depression, those with ongoing challenges were seven times more likely to report problems with their health after one-year of caregiving for stroke survivors.

The team says caregiving is becoming more common and more demanding. More attention needs to be paid, especially early on, to managing depressive symptoms in caregivers.

They must realize that self-care is not selfish.

The current project is the first longitudinal study to address the issue of persistent depressive symptoms and their effect on physical health as well as changes in health during the first year of stroke caregiving.

The lead author of the study is Professor Misook L. Chung of the University of Kentucky College of Nursing.

The study was presented at ESC Congress 2019 together with the World Congress of Cardiology.