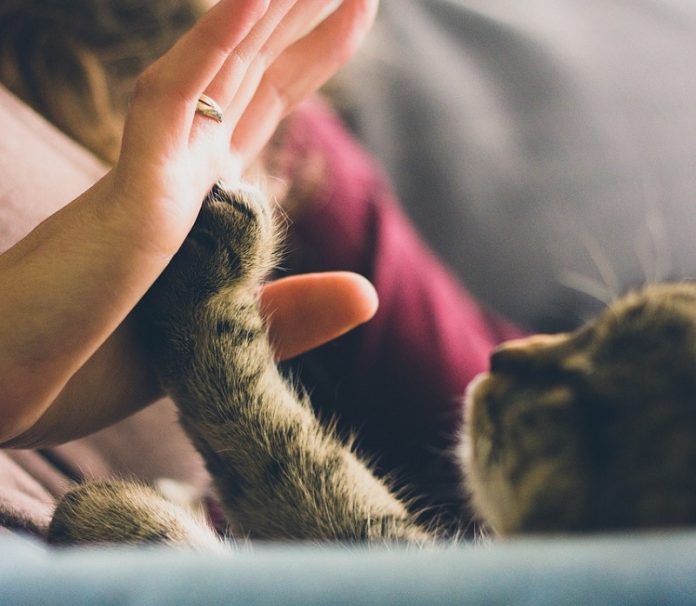 A new Oregon State University study finds that pet cats form attachments with their human owners that are similar to the bonds formed by children and dogs with their caretakers.

It’s the first time that researchers have empirically demonstrated that cats display the same main attachment styles as babies and dogs, said study lead author Kristyn Vitale, a researcher in the Human-Animal Interaction Lab in OSU’s College of Agricultural Sciences.

The study published in the journal Current Biology.

“In both dogs and cats, attachment to humans may represent an adaptation of the offspring-caretaker bond,” Vitale said.

“Attachment is a biologically relevant behavior. Our study indicates that when cats live in a state of dependency with a human, that attachment behavior is flexible and the majority of cats use humans as a source of comfort.”

In their study, the OSU researchers had cats participate in a “secure base test,” similar to a test that has been given to infants and dogs to study their attachment behaviors.

During this test, the cat spends two minutes in a new room with their caregiver, followed by a two-minute alone phase, and then a two-minute reunion phase.

Upon the caregiver’s return from the two-minute absence, cats with secure attachment to the person are less stressed and they balance their attention between the person and their surroundings.

For example, they continue to explore the room.

On the other hand, cats with an insecure attachment show signs of stress such as twitching their tail and licking their lips, and either stay away from the person (avoidance) or cling to them by jumping in their lap and not moving (ambivalence).

The researchers conducted the test on both kittens and adult cats. Behavioral experts watched recordings of the tests and classified the animal’s actions on criteria that have been used to describe attachment patterns in infants and dogs.

The researchers were then interested in finding out if socialization training would change those percentages. After a six-week training course, there weren’t any significant differences.

“Once an attachment style has been established between the cat and its caregiver, it appears to remain relatively stable over time, even after a training and socialization intervention,” Vitale said.

Cats, like most domesticated animals, retain several juvenile traits into maturity and remain dependent on humans for care, Vitale said. So, the researchers tested 38 cats that were 1 year old or older. The percentages nearly mirrored the kitten population – 65.8% secure and 34.2% insecure.

It was surprising, Vitale said, to find how closely the proportion of secure and insecure attachments in the kitten and adult cat populations matched the human infant population. In humans, 65% of infants are securely attached to their caregiver.

“Cats that are insecure can be likely to run and hide or seem to act aloof,” Vitale said. “There’s long been a biased way of thinking that all cats behave this way.

But the majority of cats use their owner as a source of security. Your cat is depending on you to feel secure when they are stressed out.”