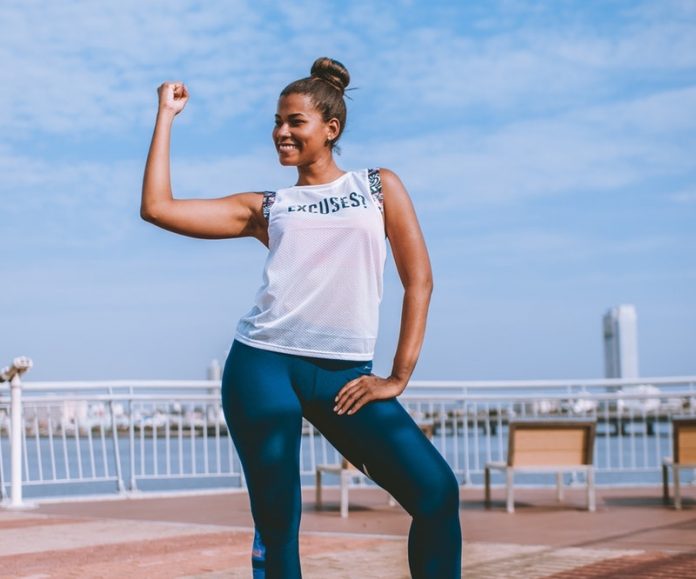 In a new study, researchers found out why exercise could improve mood for people with depression.

They found the answers may be found in the endocannabinoid system, is made up of the body’s own naturally occurring cannabinoid molecules and their receptors.

The research was conducted by a team from Iowa State University and other institutes.

Previous research has shown exercise could help blood mood, but there are still questions about exactly how it makes people feel better.

In the study, the team analyzed data from 17 women with depression.

Each woman completed two, 30-minute exercise sessions on a stationary bike – one at a prescribed moderate intensity and a second of the participants’ own preferred intensity.

The team measured endocannabinoid levels and changes in the mood before and after exercise sessions with varying levels of intensity.

Both sessions improved mood, but the researchers only found an increase in endocannabinoid levels for moderate-intensity exercise.

They suggest in the endocannabinoid system, activation of the cannabinoid molecule receptors may strengthen connections in the brain and influence pain and depression.

Understanding the link between endocannabinoid levels, mood and exercise could lead to better treatment options.

The team explains that both the preferred intensity and change in endocannabinoids may influence the results.

Future work needs to test the finding in a larger group of depression patients.

The team also found that the health effects of exercise appear to be long-lasting.

For each exercise session, researchers collected blood samples immediately after exercise and also measured mood and anxiety at 10 minutes and 30 minutes post-workout.

They found changes in endocannabinoids were significantly related to the improvement in mood up to 30 minutes after the moderate exercise.

This suggests that the system contributes to the mood-enhancing effects of prescribed exercise.

The team hopes to develop new treatments for mental health conditions that include exercise in the future.

The lead author of the study is Jacob Meyer, an assistant professor of kinesiology at Iowa State University.

The study is published in Medicine & Science in Sports & Exercise.