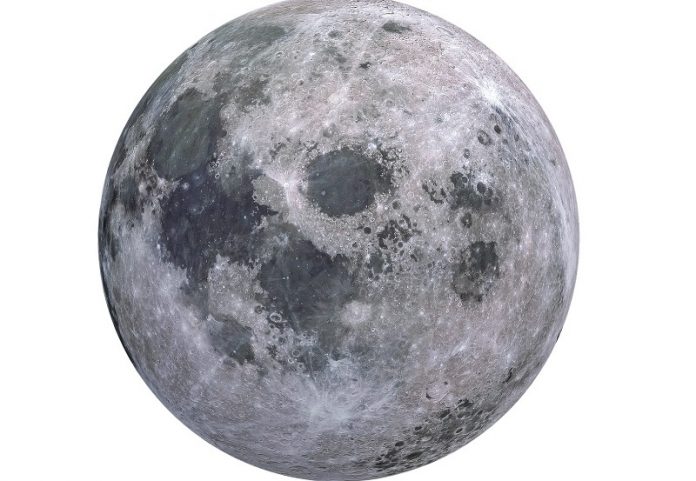 The Apollo Moon buggies weren’t the only things rolling over the Moon’s surface in the early 1970s.

New research has found that a strong moonquake in 1975 probably sent boulders tumbling down crater walls on our nearest neighbor.

Now, a new study in the AGU journal Geophysical Research Letters finds the moonquake came from a set of small cliffs on the edge of the huge Lorentz crater basin, just over the northwest limb of the Moon’s visible side.

“Everyone is curious to know the answer to this question: Is the Moon currently geologically active?

Thanks to imagery from the Lunar Reconnaissance Orbiter, Kumar and his team were able to study direct signs of past moonquakes in the form of the cliffs formed by faults, called scarps, and the staccato trails left by moonquake-triggered boulders bounding down the steep walls of impact craters.

In addition to the many clear boulder trails, the team found faded trails, suggesting there is a history of moonquakes in the Lorentz crater area.

They even found many boulders that looked as if they had fallen in the same way, but their trails had been erased over time.

“Our finding of three generations of boulder avalanches provided important clues to their episodic origins.

It is important to know if moonquakes occur periodically,” Kumar said. If recurring moonquakes exist, they could be signs of faults slipping in the Moon’s crust.

That would mean the Moon is still active in a way that makes it a little more like Earth than has been previously thought.

The team also ruled out local meteor impacts as the trigger for the falling boulders by simulating a variety of local impacts.

They concluded that none of the local impact craters could easily explain the recently formed boulder avalanches. This bolsters the idea that the moonquake was caused by a fault in the Moon’s crust.

To figure out the dates of the boulder trails the researchers had to sort out the relative ages of the trails by how much they had faded.

Because the Moon has no atmosphere, and therefore no weather to erode away the boulder trails, the processes that are erasing the trails over time are more subtle. For instance, the moonquakes themselves might be jiggling and resettling the loose material in older boulder trails, causing the trails to degrade.

“Micro-meteoroid impacts may also slowly remove the records of boulder movements,” Kumar said, referring to the sand-grain-sized bits that hit both the Moon and Earth all the time.

On Earth, they burn up in the atmosphere as meteor showers. On the airless Moon, they slam directly into the surface.

“We know how the lunar craters, for example, undergo degradation with time and it does affect the boulder trails also,” he said.

“Since the boulder trail markings are very small, they are removed within tens of million years.”

As for the scarps also found in the Lorentz crater basin, these are likely created by multiple moonquakes over time, Kumar said. Working out the ages of the scarps is more difficult than the boulder trails and will require additional work, he said.