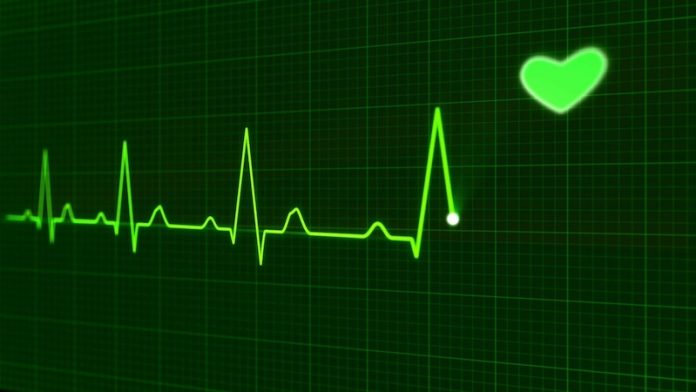 Kevin Bergquist remembers the day clearly. Five years ago, the dedicated husband and father, then 43, was walking to work in Ann Arbor when he suddenly felt ill.

Although Bergquist made it to his destination, he was still not feeling quite like himself. Unsettled, he headed to the Michigan Medicine emergency department as a precaution.

There he learned his instincts were right; doctors said he was experiencing atrial fibrillation (Afib), an irregular heartbeat that affects blood flow to the heart muscle and the rest of the body.

Afib can cause palpitations in the chest and prevent the heart from pumping efficiently.

Other than sleep apnea, Bergquist didn’t have other significant risk factors – or so he thought.

While in the ER, Bergquist was told his heart rate had climbed to 150 beats per minute.

Since he was given anti-arrhythmia medication, Bergquist wasn’t too worried. “I thought, ‘OK, they’ll give me medication and I’ll be on my way’,” he says.

But that wasn’t the last of his Afib episodes. In fact, it was just the start of heart issues for the Ann Arbor, Michigan, resident.

Bergquist continued to experience Afib episodes, which led him to a cardioversion procedure in September 2014. During the cardioversion, an electric current was sent to his heart to restore its normal rhythm.

The next month, he needed to undergo a catheter ablation procedure.

Catheter ablation involves a series of thin, flexible wires, or catheters, inserted into a blood vessel through the groin or neck that is then guided into the heart.

A machine then sends radiofrequency energy to the heart through one of the catheters to cauterize and disrupt the areas that are generating the Afib.

“For some patients, atrial fibrillation is controlled with a single procedure, while others may require a repeat ablation,” says U-M electrophysiologist Hamid Ghanbari, M.D.

Bergquist found himself in the latter group when his irregular heartbeat returned. He says he realized the seriousness of his condition in March 2015 when he passed out and fell through a glass door at his home.

“My wife took me to the ED where they said I had again gone into Afib,” he says.

Then, in January 2017, a cardiac MRI revealed structural abnormalities in his heart, which was eventually determined to be caused by hypertrophic cardiomyopathy (HCM), an inherited condition in which a portion of the heart becomes thickened, preventing it from pumping blood efficiently.

In her clinic, Sara Saberi, M.D., speaks with her patient, Kevin Bergquist, about his hypertrophic cardiomyopathy diagnosis.

Hypertrophic cardiomyopathy can lead to complications such as heart failure, an irregular heartbeat, and sudden cardiac arrest.

Despite the fact that atrial fibrillation is often linked to HCM, Bergquist’s situation was not a textbook case, says U-M cardiomyopathy specialist Sara Saberi, M.D.

“His imaging was not typical of any of the many ways HCM hearts can look,” Saberi says. “Over a few months, and after some very specialized evaluations, we determined that it was, indeed, HCM.”

Bergquist was also retaining significant amounts of fluid, an indication of advanced HCM and heart failure.

“Afib is seen in people who have HCM about four to six times more frequently than in similarly-aged people in the general population,” Saberi says.

“In Kevin’s case, as in many others, Afib became clinically recognized long before the heart muscle disease, but hypertrophic cardiomyopathy was really the cause of his atrial fibrillation.”

Bergquist continued experiencing an irregular heartbeat and had his third ablation in October 2018, followed by cardioversion later that year.

At this point, says Bergquist, “I realized I had been in Afib for about 85% of the time for the last four years.”

In it for the long haul

His most recent procedure, along with his treatment for hypertrophic cardiomyopathy, has Bergquist feeling optimistic. His EKG this past April revealed a normal heartbeat.

Bergquist knows he’ll live with his HCM condition for the rest of his life, but feels healthy and fortunate to be alive. He also isn’t sure if his Afib will return, but he’s not dwelling on that.

A former three-mile-a-day walker, Bergquist says he was hesitant to start exercising again, something his doctors encouraged him to do for his HCM condition.

The father of two active boys, ages 10 and 13, says he’s grateful for his treatment and the collaborative relationship of his doctors.

“Dr. Ghanbari and Dr. Saberi had two very different conditions to deal with and I know they were working together to get me healthy,” he says.

Because of his HCM diagnosis, Bergquist and his wife, Aimee, are vigilant about having their sons screened with yearly echocardiograms and EKGs.

“This has been a scary experience for my family, but now we can be proactive in management,” he says.