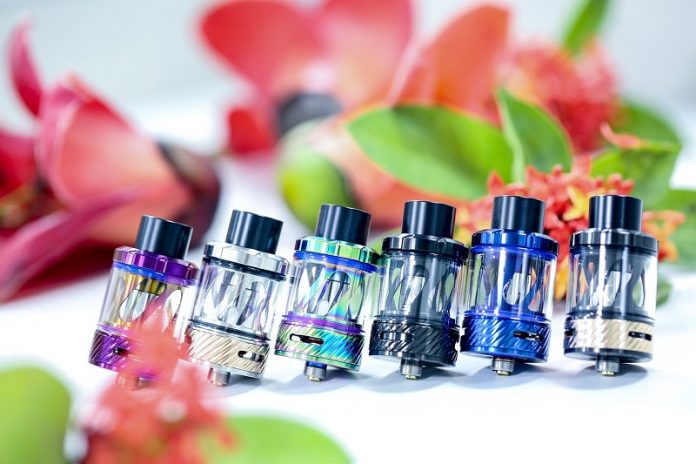 In a new study, researchers found even a single e-cigarette can be harmful to the body’s blood vessels — even when the vapor is entirely nicotine-free.

E-cigarettes are battery-operated devices that convert the liquid into the aerosol, which is inhaled into the user’s lungs.

Typically, the liquid contains addictive nicotine, as well as flavors.

Smoking e-cigarettes, also called vaping, has been marketed as a safe alternative to tobacco cigarettes and is rising in popularity among non-smoking adolescents.

It is estimated that more than 10 million adults in the United States use e-cigarettes.

While there appears to be some consensus that vaping may be less harmful to health than tobacco cigarette smoking, the dangers of e-cigarettes remain unclear.

To study the short-term impacts of vaping, the researchers performed MRI exams on 31 healthy, non-smoking adults before and after vaping a nicotine-free e-cigarette.

The team found comparing the pre- and post-MRI data, the single episode of vaping resulted in reduced blood flow and impaired endothelial function in the large (femoral) artery that supplies blood to the thigh and leg.

The endothelium, which lines the inside surface of blood vessels, is essential to proper blood circulation.

Once the endothelium is damaged, arteries thicken, and blood flow to the heart and the brain can be cut off, resulting in heart attack or stroke.

The team says while e-cigarette liquid may be relatively harmless, the vaporization process can transform the molecules — primarily propylene glycol and glycerol — into toxic substances.

Beyond the harmful effects of nicotine, the team has shown that vaping has a sudden, immediate effect on the body’s vascular function, and could potentially lead to long-term harmful consequences.

The team says the solvents, flavorings, and additives in the liquid base, after vaporization, expose users to multiple insults to the respiratory tract and blood vessels.

More research is needed to address the potential long-term adverse effects of vaping on vascular health, but the team predicts that e-cigarettes are potentially much more hazardous than previously assumed.

The lead author of the study is Felix W. Wehrli, PhD, a professor of Radiologic Science and Biophysics.

The study is published in Radiology.