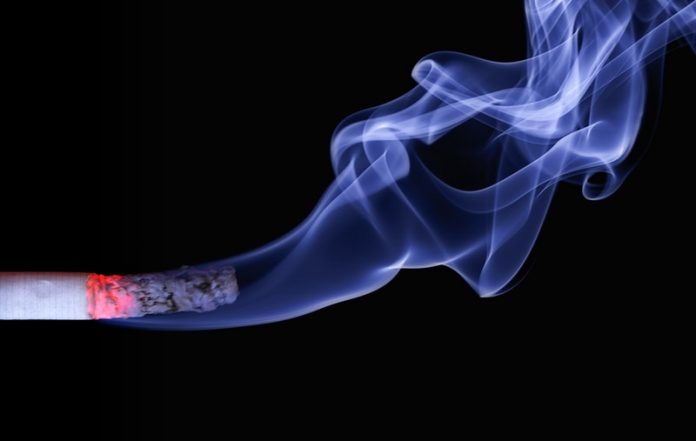 In addition, cigarette smoke can make some strains of Staphylococcus aureus more invasive and persistent.

S. aureus is a microbe present in 30-60% of the global population and responsible for many diseases.

The research was conducted by a team from the University of Bath and other institutes.

Previous studies had attributed smokers’ increased susceptibility to the infection to the damaging effects of smoke on the immune system.

In the new study, the team found that the smoke may also be changing the DNA and characteristics of pathogenic microbes.

The strains were known to cause conditions ranging from skin infections to pneumonia and were chosen for their clinical relevance.

Although not all responded to cigarette smoke in the same way, some known to cause invasive infections showed increased resistance to the antibiotic rifampicin and increased invasiveness and persistence.

Resistance to other antibiotics is also likely to be affected.

It increases the rate of mutation in microbial DNA, resulting in hardy and persistent variants better able to resist antibiotics.

The scientists are studying how air pollution, from diesel exhaust fumes and other sources, might affect the microbes in human nasal passages as many of the pollution compounds are the same as in cigarette smoke.

The lead author of the study is Dr. Maisem Laabei, from the University of Bath’s Department of Biology & Biochemistry.