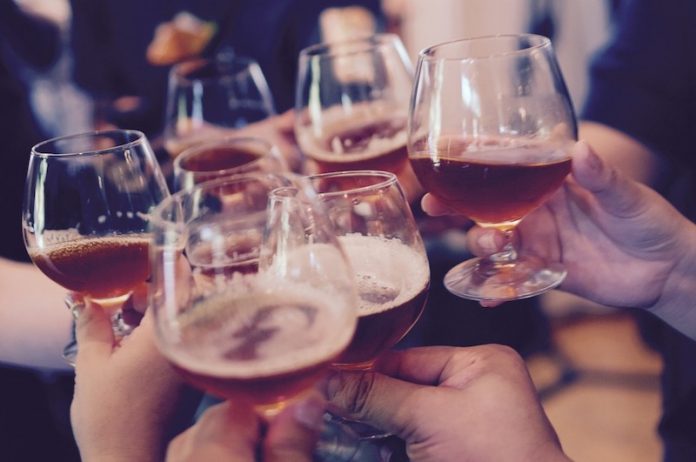 Drinking too much too quickly can cause an alcohol-induced blackout.

In this health condition, the person stays conscious but cannot later remember what happened.

Previous research has shown that blackout drinking can lead to accidents and risky behaviors, and may have long-term effects on brain function.

Despite the risks, drinking to blackout is common, particularly among young adults.

However, the motives underlying blackout drinking have been unknown.

In a new study, researchers examined how blackouts are discussed on Twitter, with a focus on people’s intentions and motives for blacking out.

They chose Twitter because the platform provides a rich source for alcohol research, with 2% of Tweets containing alcohol-related content.

The site is also very popular among young adults, who report the highest levels of hazardous drinking.

The team analyzed Tweets identified from a search on blackout terms that were posted over four days in April 2018.

After weeding out non-alcohol-related Tweets (those about blackout curtains, for example), almost 5000 original Tweets remained.

Among these tweets, over 1000 were identified as being written before a drinking event, and over half of these expressed an explicit intention to blackout.

The team found that about 33% of the pre-drinking Tweets included specific motives for blacking out.

Most common were celebratory motives, such as blacking out to celebrate a birthday (“Let’s blackout on my birthday”), school or work accomplishment (“Can’t wait to blackout after my last final”), sports win, or holiday (“Four days until I’m blacked out in Cancun”).

The team says that such public expressions of blackout intentions may normalize and encourage risky drinking behavior in other people.

Future work needs to examine the link between blackout intention and actual blackout drinking behavior and its consequences.

The research was done by an international team from the University of Sydney (Australia), Brown University School of Public Health (Rhode Island), and Miami University (Ohio).

One author of the study is Rose Marie Ward from Miami University.

The study is published in the journal Alcoholism: Clinical & Experimental Research.