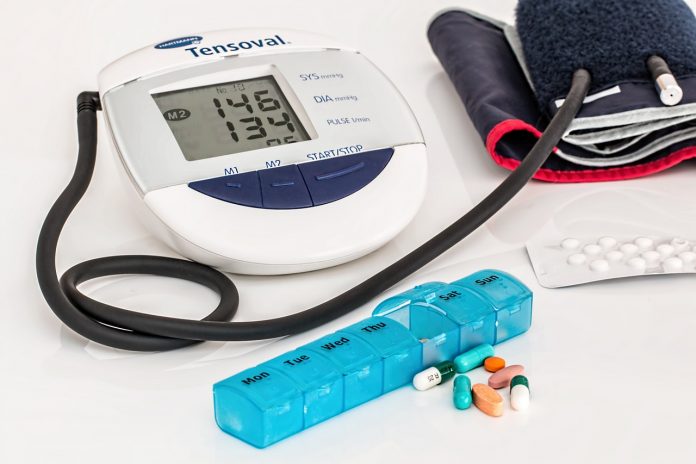 In a new study, researchers found that a prescribed high blood pressure drug may help treat Huntington’s, Parkinson’s and dementia.

The research was conducted by a team from the University of Cambridge.

Previous research has shown that Huntington’s, Parkinson’s and dementia have a common feature: Build-up of misfolded proteins.

These proteins can form ‘aggregates’ that lead to irreversible damage to nerve cells in the brain.

In healthy individuals, the body uses a mechanism called autophagy, or ‘self-eating’, to prevent the build-up of misfolded proteins.

The mechanism could eat cells and break down the materials. However, in the diseases, the mechanism is impaired and the brain cannot clear the proteins building up.

Currently, there are no drugs that can induce autophagy effectively in patients.

Researchers have been trying to search for new drugs and re-purpose existing drugs to solve the problem.

In the current study, the team found that a high blood pressure drug, felodipine, showed promises to treat neurodegenerative diseases.

They showed that the drug could help induce autophagy in several neurodegenerative conditions.

The researchers found that the drug was effective to reduce in mice with the Huntington’s and Parkinson’s disease mutations.

In addition, the drug reduced the build-up of aggregates in zebra with dementia.

The researchers suggest that this is the first time a study has shown that an approved drug can slow the build-up of harmful proteins in the brain.

Future research needs to test the drug effect on humans.

The team also suggests that re-purposing existing drugs has the advantage that the drugs have already been shown to be safe for use in human.

If this blood pressure drug can be shown to be effective against the target diseases in human, then the journey to clinical use can be much faster.

The leader of the study is Professor David Rubinsztein.