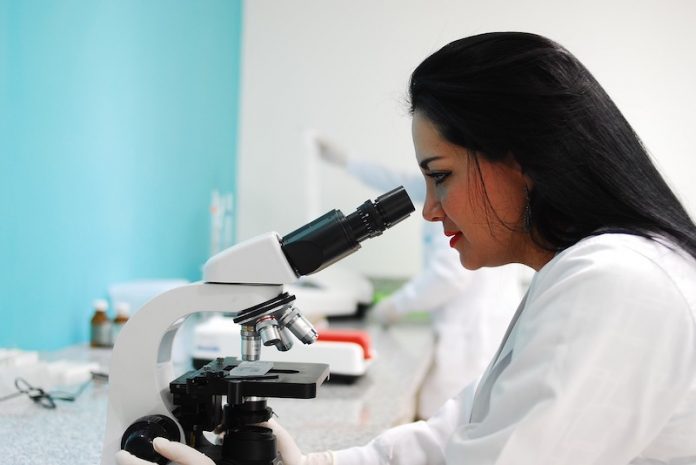 In a new study, researchers have found a chemical compound that boosts a vigorous immune assault against pancreatic cancer.

They found the compound could reduce pancreatic tumor growth and spread.

When combined with immunotherapy, the compound could effectively shrink tumors and dramatically increase survival.

The research was conducted by a team from Washington University School of Medicine and Rush University in Chicago.

Pancreatic cancer is especially challenging to treat. Only 8% of patients are still alive five years after diagnosis.

Chemotherapy and radiation therapy are of limited benefit, and even immunotherapy has been ineffective because pancreatic tumors have ways to dampen the immune assault.

Immunotherapy is a revolutionized cancer treatment. It activates the body’s immune system to attack cancer cells.

Previous research has shown that immunotherapies for pancreatic cancer may be a good idea.

The technique works by releasing a brake on specialized immune cells called T cells so they can attack cancer.

But when doctors tried to treat people with pancreatic cancer using immunotherapies, fewer than 5% of patients improved their health outcome.

Research also has shown that T cells aren’t the only player in the immune assault on cancer.

Myeloid cells, another kind of immune cell found in and around tumors, can either tamp down or ramp up the immune response.

In the new study, the team realized that releasing the brake on T cells might not be enough to treat pancreatic cancer.

They found a compound called ADH-503 that interferes with the migration of myeloid cells. This can help activate T cells to attack tumors.

The team gave mice with pancreatic cancer the immunotherapy in conjunction with ADH-503, and they found the tumors shrank and the mice survived much longer.

In addition, mice treated with chemotherapy or radiation therapy both fared significantly better when ADH-503 was added to the regimen.

The team says the finding may provide a new way to fight against resistance to pancreatic cancer immunotherapy.

The method may also improve the effectiveness of other pancreatic cancer therapies.

This study may improve treatment options for people with devastating disease.

The lead author of the study is David DeNardo, Ph.D., an associate professor of medicine and of pathology and immunology.