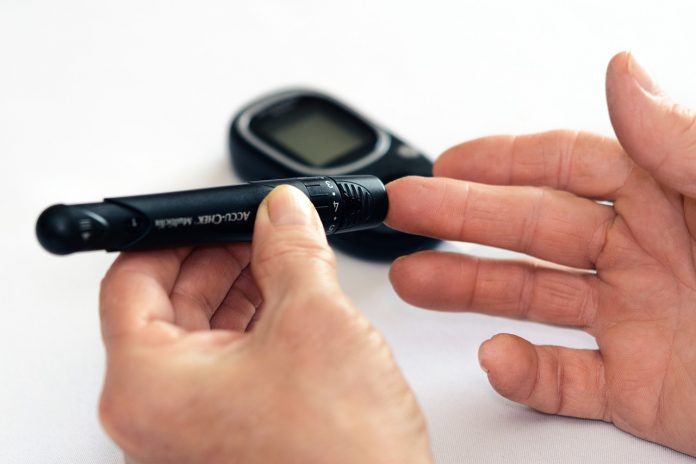 In a new study, researchers found that routine blood tests such as random plasma glucose tests could be used to predict which patients will develop diabetes.

Random plasma glucose of 200 mg/dL (milligrams per deciliter) or higher is usually the threshold for a diagnosis of diabetes.

It can be done at any time and does not require fasting or withholding meals.

The new finding could lead to earlier treatment of type 2 diabetes and better health outcomes in patients.

The research was conducted by a team from Veterans Affairs systems.

Diabetes is a major health problem in the United States, but over 7 million Americans with diabetes go undiagnosed, according to the Centers for Disease Control and Prevention.

Early diagnosis allows patients to use lifestyle changes or medications to prevent or delay the development from prediabetes to diabetes and help keep diabetes from worsening.

But when the diagnosis is delayed, many diabetic complications could start before treatment starts.

In the study, the team analyzed data on more than 900,000 VA patients who were not already diagnosed with diabetes.

All patients had at least three random plasma glucose tests during a single year.

Most of these tests were likely obtained during regular doctor visits not specifically related to diabetes screening.

The team found that levels of blood sugar found during standard outpatient medical testing showed patients’ risk of developing diabetes over the next five years, even when blood sugar levels did not rise to the level of a diabetes diagnosis.

This means glucose levels that normally would not be seen as indicating diabetes risk can in fact predict the disease’s development.

Currently, many people at a high risk of diabetes do not receive the necessary screening for prediabetes and diabetes.

The American Diabetes Association recommends testing for diabetes using a few different methods: a fasting glucose level, an oral glucose tolerance test (which requires fasting and ingestion of a glucose load), a HgbA1c level (a measure of average blood glucose levels over the previous two to three months), or a random plasma glucose when accompanied by symptoms caused by high glucose levels.

The lead author of the study is Dr. Mary Rhee, a physician-researcher with the Atlanta VA Health Care System and Emory University.