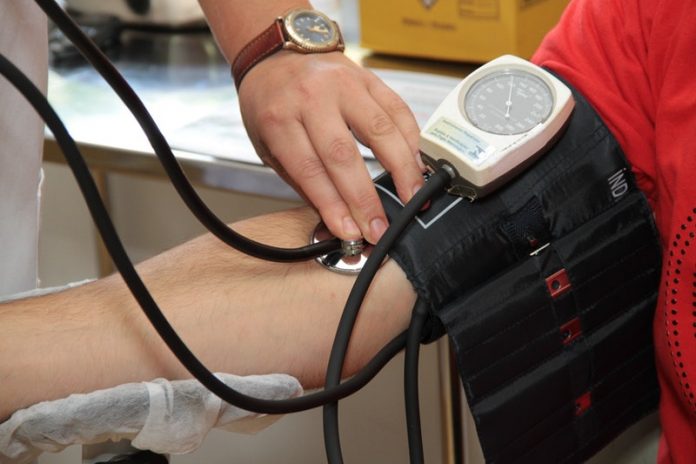 In a new study, researchers found that for people who have had a stroke, controlling blood pressure levels is the key to preventing a second one.

They found that well-controlled blood pressure (130/80 mm Hg or less) may reduce the risk of a second stroke by about 20%.

The research was conducted by a team from Tokyo Women’s Medical University in Japan.

The participants were randomly assigned to one of two groups: standard control of pressure to 140/90, or an intensive control group that aimed for 120/80 or lower.

The blood pressure for both groups before treatment was 145/84 mm Hg.

During the shortened follow-up period, the standard treatment group’s blood pressure dropped to 133/78 and the intensive group was reduced to 127/77.

The team found 91 people had a second stroke. The intensive group appeared to have a lower risk of an additional stroke, but the result wasn’t statistically significant.

The team then pooled their findings with the results of three previous studies on blood pressure reduction and secondary stroke prevention and found a drop of 22% in stroke risk in the intensive control group.

They say intensive blood pressure control of at least less than 130/80 mm Hg can be recommended for secondary stroke prevention.

Lowering blood pressure can reduce stress on the walls of blood vessels, which lessens the risk of thickening and blockage and rupturing of them.

But they also mention that there are side effects linked to aggressive blood pressure reduction.

The most common side effects of blood pressure-lowering drugs are mild, such as dizziness, ankle swelling, and fatigue.

In older people, too low blood pressure may lead to a fall from dizziness, which can cause a hip fracture.

The lead author of the study is Dr. Kazuo Kitagawa, a professor and chair of neurology.

The study is published in JAMA Neurology.