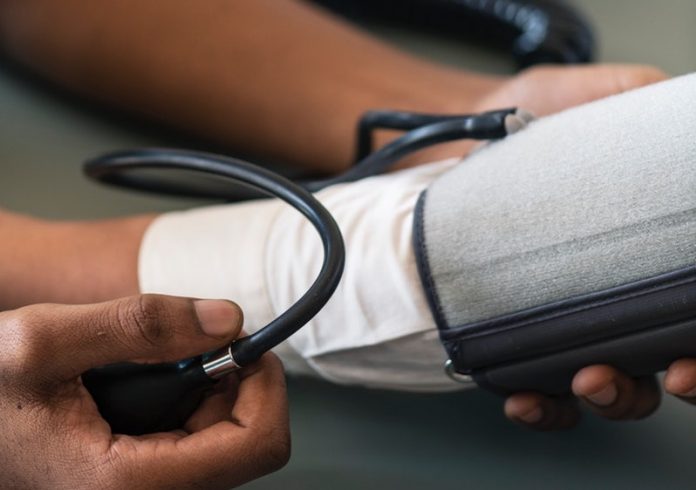 In a new study, researchers found that wearing a blood pressure cuff on an arm or leg may help prevent stroke.

They found that wearing inflated blood pressure cuffs could help restricted blood flow and control the blood flow to their brain.

This can help protect against a stroke. The process is called remote ischemic preconditioning.

The research was conducted by a team from the First Hospital of Jilin University in Changchun.

Previous research has shown that remote ischemic preconditioning used compression on the extremities to repeatedly restrict blood flow and the oxygen it carries.

The method can be beneficial to internal organs like the heart, making them more resilient and resistant to changes in blood flow.

This can prevent serious damages that can occur during a heart attack.

In the current study, the team wanted to determine if remote ischemic preconditioning could also be beneficial to the brain.

They found such a method could improve the brain’s ability to regulate and ensure adequate blood flow to the brain despite blood pressure changes.

They also found an increase in biomarkers in the blood that can be protective to the nervous system and brain.

In the study, the team examined 50 people with an average age of 35 who were all in good health.

Each participant had blood pressure cuffs placed on one upper arm and one thigh.

The team found that people had improved brain blood flow regulation starting six hours after using the method. The beneficial effect was sustained for at least 24 hours.

They also found that after preconditioning, participants had an increase in two biomarkers known to protect the nervous system, as well as an increase in four biomarkers involved in the inflammatory process in the immune system.

In addition, there are lower levels of a biomarker that responds to inflammation.

The team said that the method may help protect against not only against diseases such as stroke but also against other nerve-related diseases like Parkinson’s disease and epilepsy.

One limitation of the study is that blood samples were taken only once. Another limitation is that participants were healthy, so the results may be different in people who have risk factors for stroke or other diseases.

The lead author of the study is Yi Yang, MD, Ph.D.