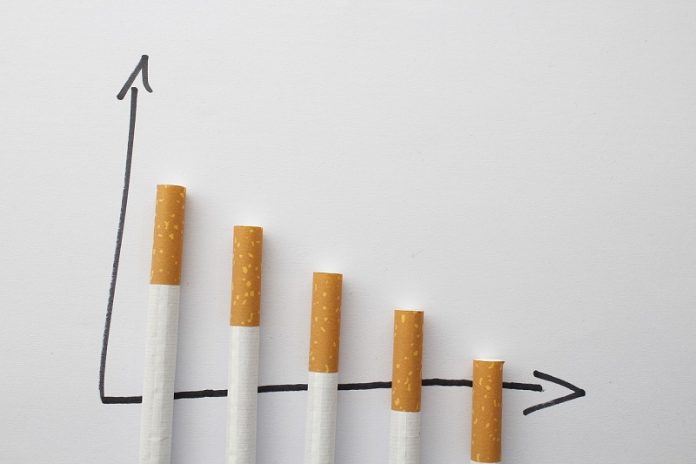 In a new study, researchers found that smoking does not shorten the length of telomeres.

The decrease in the length of telomeres is a marker at the end of our chromosomes that are widely accepted as an indicator of aging.

This finding means that smoking may not accelerate our aging. It also shows that adult telomere length may be a static biomarker that changes relatively little during adult life.

The research was led by a team from Newcastle University.

They chose to focus on smoking simply because there are more data available on the links between smoking and telomere length than for any other unhealthy habits.

The researchers found that while smokers indeed have shorter telomeres, there is no evidence that telomeres shorten faster in smokers compared to non-smokers.

In other words, smoking does not cause telomere shortening.

The results suggest that smoking is not responsible for the shorter telomeres observed in adult smokers.

The team says that this study forces scientists to rethink the value of telomere length as a read-out of how people’s current lifestyles are affecting their bodies.

It disputes the evidence that telomere length is a good way of assessing the biological damage done by smoking.

Then why do smokers have shorter telomeres?

The researchers explain that it is possible that both telomere shortening and smoking are made more likely by a third variable, possibly exposure to various forms of adversity in early life such as physical and emotional abuse.

The team is continuing research into this area.

The leader of the study is Professor Melissa Bateson from Newcastle University’s Faculty of Medical Sciences.

The study is published in the Royal Society journal Open Science.