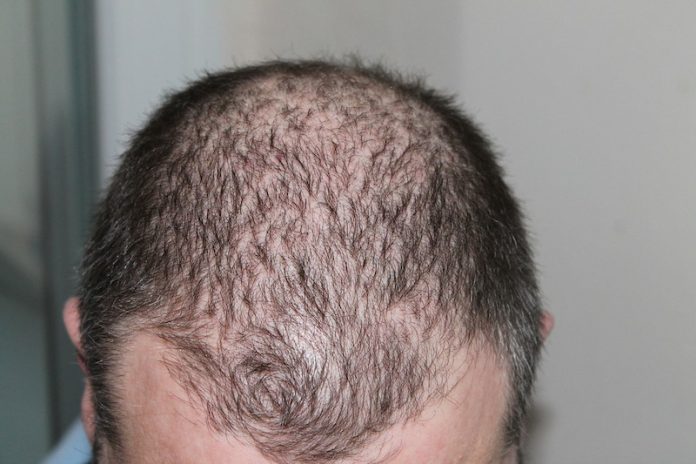 In two new studies, researchers have found a new method to combat hair loss in men and women.

In the first study, the team discovered previously unknown cells that keep hair follicles in a resting state and show that inhibiting the activity of these cells can reawaken dormant follicles.

In a second study, the team created a way to grow human hair in a dish, which could develop a new hair restoration surgery to more people and improve search for new hair-growth drugs.

The research was done by a team from Columbia University.

In baldness, many hair follicles still exist but are dormant.

The search for new drugs that reawaken follicles and induce hair growth has been limited and only two drugs are currently available for men with male pattern baldness.

Previously, the team had discovered a new pathway, called JAK-STAT, that is active inside the stem cells of resting hair follicles and keeps them in a dormant state.

In the first study, they found a previously unknown immune-related cell type that produces a substance that keeps the follicles in a state of dormancy.

These cells are most similar to macrophages, which are scavenger cells of the immune system.

The team found them in close association with resting hair follicles. The researchers named these cells trichophages, after the Greek word tricho for hair.

They found that targeting the trichophages can turn on the hair cycle in both male and female.

This finding is important because most hair loss drugs have focused on treatments for male pattern hair loss, and the majority of clinical trials are conducted exclusively in men.

The new finding may lead to new treatments for both men and women suffering from hair loss. It may also avoid the related side effects.

In the second study, the team exploited the unique capability of 3-D printers to create a more natural microenvironment for hair follicle growth.

The researchers used 3-D printing to create plastic molds with long, thin extensions only half a millimeter wide.

After human skin was engineered to grow around the mold, hair follicle cells from human volunteers were placed into the deep wells and topped by cells that produce keratin.

The cells were fed with ingredients that can stimulate hair growth. After three weeks, human hair follicles appeared and started creating hair.

Though the method needs to be optimized, it could generate an unlimited source of new hair follicles for patients undergoing hair restoration surgery.

The engineered follicles also could be used by the pharmaceutical industry to screen for new hair growth drugs.

The team hopes that their new findings can improve the ability to perform high throughput drug screens to identify new pathways that influence hair growth.

The leader of the research is Angela Christiano, Ph.D., the Richard & Mildred Rhodebeck Professor of Dermatology at Columbia University.

The study is published in Cell Stem Cell and Nature Communications.